The merger of Raytheon and United Technologies Corporation catapulted the value of mergers and acquisition activity in the defense domains to a record USD130 billion high, although pressure from regulators may hamper future transformational activity.

LONDON- Mergers and acquisitions (M&A) activity in the defense and security domains was valued at USD130 billion during the three months to 30 June 2019, according to Jane’s by IHS Markit (NYSE:INFO), a world leader in critical information, analytics and solutions. This compared with USD5.4 billion during the prior three months and an average of USD10 billion each quarter over the prior ten years.

The merger of Raytheon and United Technologies Corporation (UTC) in a USD121 billion all-stock transaction was announced in June this year to create Raytheon Technologies Corporation with combined sales in the region of USD74 billion. The deal will create which will be one of the largest defence organisations worldwide and followed UTC’s absorption of Rockwell Collins in 2017.

“Even with the merger of Raytheon and UTC excluded, activity during the three months to 30 June was strong,” said Guy Anderson, associate director at Jane’s by IHS Markit. “Other transactions were valued at a total of USD9 billion and included CapGemini’s USD3.5 billion purchase of engineering and research and development group Altran and Parker-Hannifin’s USD3.6 billion acquisition of military adhesives and coatings group Lord Corporation.”

Beyond market shifting activity at the top of the US defence sector, activity during the quarter pointed towards nascent consolidation in Saudi Arabia, ongoing consolidation in India and continuing moves by defence primes to acquire a presence in ‘disruptive’ sectors such as alternative propulsion and artificial intelligence.

Despite the scale of transformational activity in the US, deal activity in North America dipped during the second quarter to the lowest level in five years and accounted for just 31% of transactions (based on the location of targets). This marked a decline from a five-year average of 50%. As noted in previous reports, this appears to reflect the ongoing hard line by US regulators in scrutinising mergers and acquisitions on anti-competition grounds.

“Further transformational activity cannot be discounted over the course of the year, although competition and inward investment oversight in the world’s largest defence market may act as a partial brake,” said Anderson

“Greater consolidation can be expected in both Asia Pacific and the rest of the world as markets continue to mature and governments seek to invigorate domestic defence activity.”

How Has the Pandemic Accelerated Health Technology? 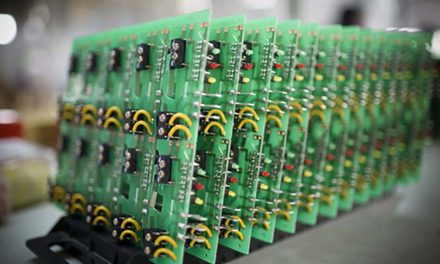 EMSNOW CLASSIC From the Publisher: EMS Industry — Then and Now