Kitron’s revenue for the first quarter was NOK 813 million, an increase of 25 per cent compared to last year. Organic growth, excluding the acquisition of the EMS division of API Technologies Corp., was 20 per cent.

The order backlog ended at NOK 1 466 million, an increase of 43 per cent compared to last year. Organic order backlog growth, excluding the API acquisition, was 28 per cent.

Profitability expressed as EBIT margin was 6.3 per cent in the first quarter, up from 6.0 in the same quarter last year.

Cathrin Nylander, Kitron’s CFO and acting CEO, comments: “The record performance in the first quarter demonstrated our ability to successfully combine organic growth and M&A with operational and earnings improvements. In 2019 we will significantly increase our capacity in the US and Poland. On the demand side, the anticipated upturn among customers in the oil and gas industry is gathering momentum and boosting growth. All these factors strengthen our confidence in the new strategic ambitions that we outlined at our capital markets day in March.

Profit after tax amounted to NOK 37.5 million, compared to 26.2 million in the first quarter the previous year. This corresponds to earnings per share of NOK 0.21, compared to NOK 0.15 last year.

Inventory build-up to secure deliveries and future growth Net working capital increased by 76 per cent compared to the same quarter last year to NOK 927 million. The increase is primarily related to the deliberate and temporary inventory build-up to avoid supply disruptions in the face of previously reported electronic components shortages.

Component shortages have been an ongoing issue for the EMS industry over the past quarters. The situation is expected to be less challenging throughout 2019 and Kitron expects that a gradual improvement over the year will lead to a reduction of working capital, both in absolute numbers and as a percentage of revenue.

Operating cash flow was positive NOK 25.4 million, compared to negative 19.4 million in the first quarter of 2018.

OutlookFor 2019, Kitron expects revenue to grow to between NOK 2 900 and 3 200 million. EBIT margin is expected to be between 6.2 and 6.6 per cent. Growth is primarily driven by the acquisition of the EMS division of API Technologies Corp. and growth for customers in the Industry and Offshore/Marine sectors. Profitability is driven by cost reduction activities and improved efficiency.

What cyber threats can businesses entering the Metaverse expect? 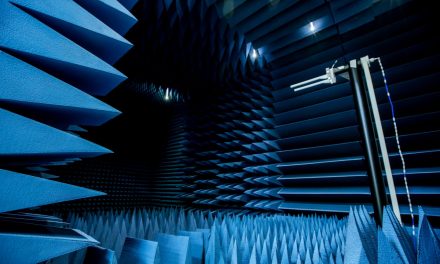