Atlanta — ECIA is pleased to announce Dean Kamen as the opening speaker for the 2022 Executive Conference, ‘Bucking Normal – the Resilience Thrive on Disruption.’

Mr. Kamen will address the skilled labor shortage, one of the most pressing challenges facing the industry, with his presentation, How to Get Involved to Recruit & Retain Future Employees & Customers. He will explain his FIRST® Robotics Competition, a proven program to inspire the next generation of STEM workers. ECIA members support FIRST® Robotics, but in this session they will learn much more about how it can directly impact their workforce, including ways to support employees in mentorships, FIRST® teams and events, and how to use FIRST® to hire and retain the best talent. This session is sponsored by Digi-Key Electronics and ROHM Semiconductor.

“I recently attended an event hosted by Mr. Kamen and the FIRST Inspires® team and I was astonished by the explosive growth and widespread impact of his FIRST® Robotics Competition,” commented ECIA President and CEO David Loftus. “In addition to his illustrious career as an inventor, Mr. Kamen has directed his efforts to kindling the passion for innovation in the next generation of visionaries. Since its founding in 1989, this competition has had an immeasurable impact on millions of young people choosing STEM careers, and I’m sure all of our members look forward to hearing the details of how to get involved and benefit.”

Dean Kamen is the founder and president of DEKA Research & Development Corporation. Examples of technologies developed by DEKA include the HomeChoice™ portable dialysis machine, the iBOT™ Mobility System, the Segway™ Human Transporter, a DARPA-funded robotic arm, a new and improved Stirling engine, and the Slingshot water purifier. Kamen has received many awards for his efforts, including the National Medal of Technology in 2000 and the Lemelson-MIT Prize in 2002. He was inducted into the National Inventors Hall of Fame in 2005 and has been a member of the National Academy of Engineering since 1997.

The 2022 Executive Conference schedule has been posted and the latest information on the conference is available now. Early Bird Registration discounts will expire soon.

The Executive Conference runs October 23-25 at the Loews Chicago O’Hare. 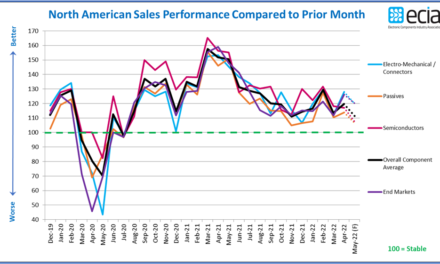