Global economic growth slowed to a four-month low in July, according to the latest PMI business surveys. At 53.7, compared to 54.2 in June, the headline JPMorgan Global Composite PMI, compiled by IHS Markit, remained indicative of global GDP rising at a solid annual rate of approximately 2.5% (at market exchange rates). However, a drop in future expectations to the lowest since November 2016 suggests the pace of expansion could wane further in coming months.

While both service sector and manufacturing growth rates weakened in July, the latter has exhibited the more significant slowdown, largely the result of a near-stagnation in global exports. Accelerating export trade flows had helped propel the global economic expansion in 2017 but, having peaked in January of this year, export growth has since all but disappeared. Only marginal export growth was seen in both June and July, the latter registering the smallest expansion for two years. 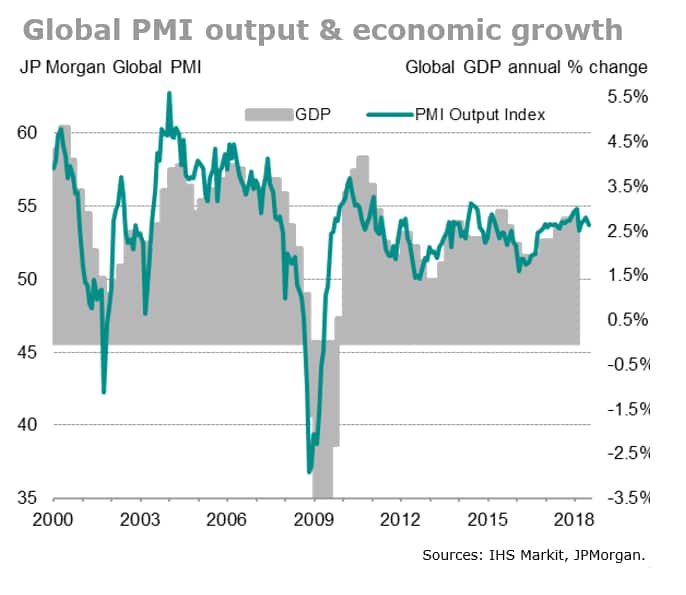 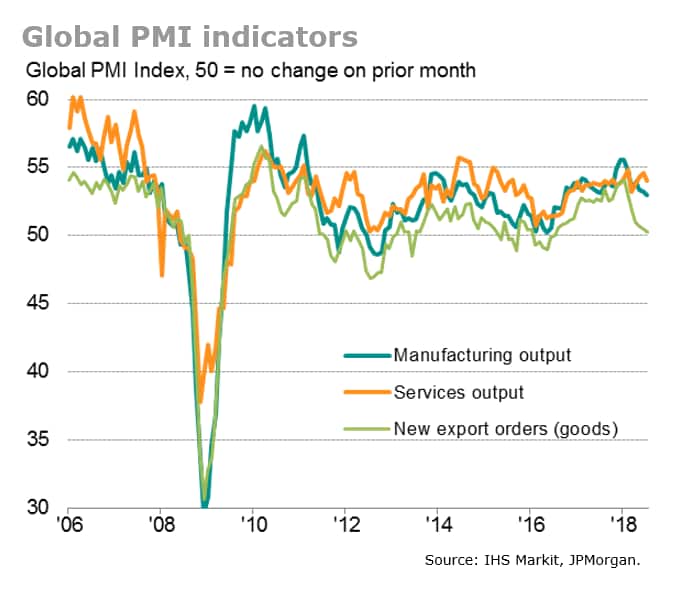 Purchasing Managers’ Index™ (PMI™) data are compiled by IHS Markit for more than 40 economies worldwide. The monthly data are derived from surveys of senior executives at private sector companies, and are available only via subscription. The PMI dataset features a headline number, which indicates the overall health of an economy, and sub-indices, which provide insights into other key economic drivers such as GDP, inflation, exports, capacity utilization, employment and inventories. The PMI data are used by financial and corporate professionals to better understand where economies and markets are headed, and to uncover opportunities.