Historic $280 Billion Investment in U.S. Domestic Semiconductor Manufacturing and STEM Research and Development to Be Signed into Law

The legislation is the result of months of negotiations between Congressional Democrats and Republicans to support domestic semiconductor manufacturing and related research and workforce development efforts.

This week the U.S. Senate and House agreed to and passed the CHIPS Plus legislative package, which will provide $52.7 billion dollars in federal funding for U.S. Government agencies to distribute to U.S. semiconductor manufacturers to build new plants, increase manufacturing capacity, and support research and development. The legislation is the result of months of negotiations between Congressional Democrats and Republicans to support domestic semiconductor manufacturing and related research and workforce development efforts. It will now head to President Biden’s desk for approval.

The bill, which was passed by a 64 to 33 margin in the Senate on July 27 and a 243 to 187 margin in the House on July 28, 2022, represents a compromise between the Senate-passed United States Innovation and Competition Act of 2021 (USICA) (S.1260) and the House-passed America Creating Opportunities for Manufacturing, Pre-Eminence in Technology and Economic Strength Act Of 2022 (COMPETES) (H.R. 4521), both of which focused on increasing the United States’ R&D and manufacturing competitiveness with China but used different legislative approaches. After negotiations in the bicameral conference committee—formed to iron out the differences between the competing bills—broke down, many assumed that no legislative agreement would ultimately be reached.

The CHIPS Plus package, consisting of a streamlined version of the COMPETES Act and USICA, revived legislative efforts. The final package includes billions of dollars over five years to the Commerce, State and Defense departments to support domestic semiconductor research and development and chip manufacturing, as well as various provisions that provide research investments in semiconductor technology through the National Science Foundation (NSF), National Institute of Standards and Technology (NIST) and the Department of Energy (DOE).

Notably absent from the enacted version of the bill are provisions that would have impacted existing trade and tariff policies. Those items, along with others from the COMPETES Act and USICA that were not included in CHIPS Plus, could be reconsidered and negotiated before the conclusion of the 117th Congress at the end of this year.

Overview of Major CHIPS Plus Provisions

The topline provision of the bill—known as the Chips Act of 2022—is $52.7 billion in federal investment over five years for the expansion of domestic production of semiconductors. The measure appropriates new federal dollars primarily to the Department of Commerce to fund and promote chip manufacturing, testing, research and development activities that will make America more competitive with China. The money can be used to develop domestic manufacturing capabilities, conduct research and development, and bolster the domestic semiconductor workforce. Funding under these programs will be allocated by the Department of Commerce through grant and direct loan programs.

Of the new funding, the most substantial incentive program for American companies is the “CHIPS for American Program,” which dedicates $39 billion over the next five fiscal years to incentives for domestic semiconductor facilities and equipment with $2 billion specifically allocated for legacy chip production. The legislation does not provide a precise timeline as to when the appropriated funds will become available, but it is likely the Department of Commerce will move quickly to choose recipients to distribute the $24 billion appropriated for FY 2022.

In addition to direct investment provisions, the bill also provides a substantial Advanced Manufacturing Investment Tax Credit. This provision will provide a 25 percent investment tax credit for investments into semiconductor manufacturing. The tax credit covers both the construction of facilities and the costs of specialized tools and equipment needed to manufacture semiconductors. The credit is available for property that is placed into service after December 31, 2022, and for which construction begins before January 1, 2027.

American semiconductor producers and manufacturers have much to directly gain from the CHIPS Plus package, with numerous downstream benefits expected as well to suppliers of equipment, service and software for the manufacture of chips, chip designers, EDA tool companies and the number of other U.S. companies on the leading-edge of semiconductor technology.

This historic infusion of federal investment into the U.S. semiconductor industry is expected to generate significant activity for domestic companies involved in all stages of semiconductor design, development and manufacturing.

The CHIPS Plus package also provides a large five-year investment into public R&D to increase America’s competitiveness in the global supply chain in areas such as advanced manufacturing, next-generation communications, computer technologies and energy. These provisions include a focus on ensuring that there is increased and equitable participation of underrepresented populations and geographies in federally funded research projects. The bill authorizes substantial funding increases for the National Science Foundation (NSF), the National Institute of Standards and Technology (NIST), Department of Commerce (DOC) and the Department of Energy (DOE) to engage in R&D activities and partnerships.

While many of the specific provisions of these programs and others will require agency guidance to carry out, there will surely be opportunities for partnerships between the research agencies and institutions of higher education, nonprofit organizations and industry.

Semiconductor Shortage Issues Migrating from Front-End to Back-End Manufacturing with COVID and Macro Environment Being the Key Levers Changing Outlook for Demand, According to IDC 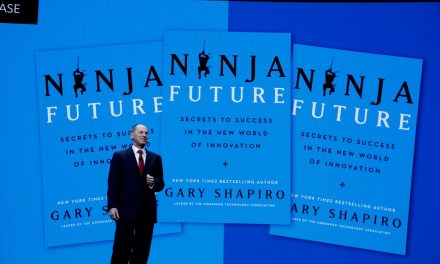