DRAM prices soared 41% through the first eight months of 2021, rising from $3.37 in January to $4.77 in August. September’s DRAM ASP slipped 3% to $4.62, which still was a 37% increase from the beginning of the year (Figure 1). Such a strong price increase and market rebound were expected in 2020 following a very difficult year in 2019 when the DRAM average selling price (ASP) fell 44%.  But major challenges—chief among them, the global Covid-19 pandemic—clouded and disrupted the market for DRAM in 2020.

In early 2021, vaccines were approved and were widely distributed in many developed countries.  This allowed several national/regional economies to begin recovering to pre-pandemic levels. Throughout the first three quarters of the year, DRAM suppliers scrambled to meet pent-up demand from all end-use segments. Lead times stretched as buyers, eager to have enough chips in stock for their systems, bought early and ordered extra, adding more fuel to the price rally.

Specifically, PC and server manufacturers purchased large quantities of DRAM in the first half of 2021 to help alleviate potential manufacturing and shipping delays later in the year.  They are expected to curtail their high level of DRAM purchases in 4Q21 in order to burn through existing inventory.  PC and server DRAM prices are expected to slip 0-5% in 4Q21.

IC Insights projects global shipments of new-generation 5G smartphones will grow to 575 million units in 2021.   However, in light of an uncertain holiday buying season and lower mobile DRAM prices that are anticipated in 2022, smartphone makers remain cautious about purchasing too much DRAM in 4Q21 and have opted instead to focus on reducing their inventory supplies.  IC Insights believes this will keep prices flat for mobile DRAM in 4Q21.

In some cases, shortages of other IC components have impacted DRAM pricing.  For example, some of the strongest demand for graphics DRAM originates from graphics cards used in notebook computers.  In the final quarter of this year, severe shortages of driver ICs, power management ICs, and other peripheral circuitry are expected to limit graphics card production, which has lessened procurement activity for graphics DRAM.  As a result, the price of graphics DRAM is also expected to be down 0-5% in 4Q21.

Figure 2 shows the quarterly DRAM market and the sizeable gains made through the first three quarters in 2021. It is worth noting that after falling to a three-year low of $14.8 billion in 1Q20, the DRAM market registered growth in each quarter through the corona virus-outbreak year of 2020 and the first three quarters of 2021. DRAM sales in 3Q21 registered their highest quarterly sales volume ($26.0 billion) since 3Q18 when quarterly DRAM sales reached their all time record high of $28.2 billion. 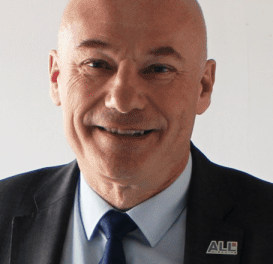 Made in France – A Manufacturing Renaissance