The Institute for Supply Management made headlines last week as it announced its leading index for U.S. factory activity, the PMI, dropped in December by more than 5 points. The decline was sharp enough to move the Dow Jones Industrial Average for several days. 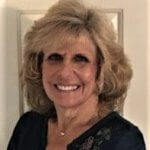 Depending on your source material, this was the worst drop since 2008—right before the recession—or since 2014. Either way it’s a big deal.

I’ve covered the ISM’s monthly report on business (ROB) for more than 5 years. That means understanding the PMI and its sub-indexes. The baseline for the data is 50; any number above 50 indicates growth, any number below 50 indicates contraction. So, the index can fall—the November (59.3) to December (54.1) drop was 5.2 percent — but manufacturing is still expanding.

The ROB is a major economic indicator and is sent to the U.S. government 24 hours before it is released publicly — ISM principals often brief government officials directly. The sub-indexes also tell a story. The new orders index is a gauge of demand. The production index indicates how well factories are meeting that demand. Both supplier and customer backlog and inventory are tracked, as are prices, employment, imports and exports.

Business media are granted monthly one-on-one interviews with the chair of the manufacturing business survey committee. For EPSNews, I often ask current chair Tim Fiore to connect the dots between the various indices. Some are obvious: If the production and backlog indexes both increase, factories are working hard but not getting products out fast enough. Other indexes appear counter-intuitive—December customer inventories increased (0.2 percent) but are still considered too low. The prices index declined (5.8 percent), which means prices are increasing.

It’s hard not to—every index was down for the month. New orders dropped by a precipitous 11 percent, although still above 50 at 51.1 percent. If that regains only 3 or 4 points, 55 percent is a comfortable level, Fiore said.

But U.S. manufacturers have been expressing concerns for awhile. Exports have essentially been flat, meaning fewer U.S. goods are being bought by other nations. Apple Inc. took a big hit from this (although its new iPhones are very expensive, tariffs were blamed for decreased sales in China.) In December, the ISM’s computer and electronic products sector fell more sharply (by 10 points) than other “Big 6” U.S. manufacturing segments, including oil and petroleum products. They dropped by an average of 5 points. The ISM tracks 18 manufacturing sectors.

January’s PMI is going to be important. If it bounces back, as the ISM predicts, December can be written off as a correction. But trade remains a significant concern for U.S. manufacturers, and remains a headwind for the PMI.

“People are still concerned that [trade talks] aren’t moving until March,” Fiore said. “The biggest thing that could happen is a resolution with China or a buildup of the U.S. steel industry [which would decrease steel prices]. We’ve been struggling a lot with exports and when you cut off the export market you are going to see a decline in business. Maybe December’s PMI will serve as a warning.” 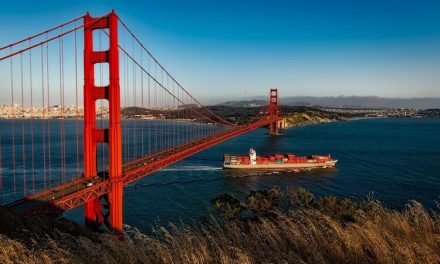 Amidst Trade Tensions, U.S. and China Follow Different Paths to the 3rd Platform as New Technologies Drive Worldwide ICT Market Towards $6 Trillion in Annual Spending by 2022, According to IDC