This post is part of a series highlighting the four-nation President’s Advisory Council on Doing Business in Africa (PAC-DBIA) fact-finding mission led by the Secretary of Commerce and the Under Secretary of Commerce for the International Trade Administration. For more information on the PAC-DBIA visit https://www.trade.gov/dbia/ or follow the trip on Twitter at #PACDBIA. This post originally appeared on the UPS Blog, Longitudes.

As Vice Chair of the President’s Advisory Council on Doing Business in Africa (PAC-DBIA), I am pleased to be co-leading the private sector contingent of a U.S. Department of Commerce delegation to Africa to learn about and discover new opportunities for U.S. businesses to partner, invest and grow across the continent.

Led by the Secretary of Commerce and the Under Secretary of Commerce for the International Trade Administration, the 2018 PAC-DBIA fact-finding mission is exploring potential commercial growth in Ethiopia, Kenya, Ghana and Côte d’Ivoire and determining how to overcome barriers to market access and expansion in these markets.

The group prioritized these four countries because of the steps each is taking to create a more business-friendly environment.

Ethiopia is making significant investments in infrastructure and manufacturing centers and moving away from a statist economy to a more market-oriented one; Kenya is promoting business development and actively seeking U.S. companies’ engagement in its power, aviation, healthcare, transportation and agribusiness sectors; Côte d’Ivoire’s government is equally pro-business and seeks more U.S. companies to engage in its transportation and energy sectors to diversify beyond its traditional francophone partners; and Ghana has launched the Beyond Aid Initiative with a particular focus on developing its rail, road, mining and manufacturing sectors.

I have witnessed first-hand the amazing transformation that is possible when countries implement the right policy and programmatic changes.

In 1993-1994, I served as a U.S. Foreign Service Officer in Kigali, Rwanda. While I was there, a genocidal civil war broke out that would claim the lives of nearly 1 million Rwandan men, women and children. Now, more than two decades later, the country is defined by its remarkable strides forward: Rwandans’ life expectancy has doubled; their GDP has averaged 8 percent growth in the last decade; and the poverty rate has fallen dramatically.

In 2016, Rwanda became the first country to establish a policy framework that enabled UPS – in partnership with GAVI and Zipline – to use drones to deliver blood and medical supplies to remote parts of the country. When I returned to Kigali that same year to help launch the drone project, I could hardly believe that this modern, forward-looking and ambitious market was the war-torn country I’d left in 1994.

With the PAC-DBIA, I’ve had the chance to continue learning about Africa’s strengths from the commercial perspective. Rwanda – one of the countries previously visited by the PAC-DBIA – has certainly come a long way and deserves recognition for its advances, but it is far from the only country experiencing such growth and success in Africa.

As the continent takes its place on the global stage, many of its countries offer significant opportunities in terms of U.S.-Africa commercial engagement, thanks to a growing middle class, increasing infrastructure investment and untapped trade markets.

However, overcoming corruption and other market-limiting obstacles will be important next steps for each African government to take to allow American firms to become more robust partners in developing the continent’s economic future.

Many African countries have booming populations that offer significant opportunities to companies considering an investment outside of the U.S. In fact, half of the world’s fastest-growing country populations are in Africa. In addition to overall population growth, the continent’s middle class has grown to 350 million, resulting in increased spending power and consumption.

Already, research shows the African middle class represents more than $400 million in daily spending power. As even more people move into the middle class, they will look for an increasingly diverse and sophisticated array of both necessities and higher value-added goods, which American firms can readily supply.

But spending power means little if people can’t get to the shops, trucks can’t move products to and from the border and delivery routes are impassable. For U.S. companies to operate in Africa, appropriate and sufficient infrastructure must be put in place – and African countries are hard at work making it happen.

Across the continent, countries are actively investing in transportation infrastructure, water access, energy reliability and other facets of civil engineering that will improve its residents’ standard of living.

As a point of reference, in 2016, Africa actively pursued 286 infrastructure projects worth $324 billion, more than a third of which were in the transport sector. These investments have been critical to meaningful growth on the continent and helping open its countries for business – both within Africa and with the rest of the world.

Africa has financed many of these projects with tied aid, and experts disagree on whether this kind of funding is ultimately beneficial or not. Unlike some of Africa’s other trade and investment partners, the U.S. has made clear – through efforts like the PAC-DBIA trip – that it does not seek to exploit the continent’s natural resources or send it diving into debt.

Instead, U.S. companies want to undertake projects that can accelerate job growth and bring private sector financing to the table.

Policies that create a more business-friendly climate also drive the incentive to invest. Ghana, for example, has been pursuing a pro-business environment by reducing and eliminating certain tax barriers, introducing paperless clearance processes at the ports and embarking on a regulatory reform program.

Not only are these improvements attractive to U.S. investors, they can also help shift the U.S.-Africa economic dynamic to one based more solidly on trade and commercial relationships.

As Africa’s consumer bases grow, so will the demand for foreign goods and services – including American products. Additionally, Africa’s growing manufacturing base needs to import critical inputs to develop more cost-efficient and productive machinery.

Therefore, to meet the growing demands of its consumer and manufacturing bases – and achieve the resulting economic expansion – Africa must create a policy framework that is conducive to strategic imports, more efficient borders and frictionless supply chains.

When I worked at the Office of the United States Trade Representative, I oversaw trade-related negotiations between the U.S. and markets around the world.

The resultant agreements increased both U.S. trade and GDP as well as those of the other parties – and we would expect the same result of trade agreements with African countries. In fact, each time a trade agreement is signed in a country in which UPS operates, we see a 20 percent increase in export volume to that trade partner.

As the continent expands its commercial partnerships, pursues the Continental Free Trade Area through the African Union and develops bilateral trade agreements with the U.S., I know that trade will become an even more critical component of Africa’s short- and, more importantly, long-term prosperity.

Despite huge opportunities on the African continent, many companies are still hesitant to invest or trade there. The No. 1 reason for this hesitancy is corruption.

Simply put, foreign direct investment only goes where it is safe and protected. Most companies don’t want to – and, by law, can’t – engage in business in countries where bribery is commonplace. Moreover, governments don’t want to trade with other countries that aren’t upfront about their policies.

The only way to increase trust and cooperation between countries is to value the rule of law and ensure that it prevails over corrupt practices. The assurance that companies, their investments and their intellectual property will be protected by law allows trade relationships to flourish.

Kenya sets a great example for taking the important steps to combat corruption. Kenyans have demanded that the government find ways to eradicate corrupt practices, and officials have responded with public statements with similar messaging.

This powerful combination of support for the rule of law and adoption of anti-corruption practices makes any country on this trajectory more attractive for economic and commercial partners.

Looking to the future

With the support of U.S. and African leaders, businesses like UPS – as an American company dedicated to realizing the benefits of greater trade and increased investment flows – can help grow African economies, create more job opportunities both at home and abroad and export more products to the continent’s markets.

I look forward to working with the rest of the PAC-DBIA delegation to identify ways we can partner with like-minded African governments for mutually beneficial growth, and I hope this trip clearly demonstrates the U.S. government and business community’s commitment to expanding trade and investment in sub-Saharan Africa – not just for the benefit of American companies, but for African countries and their companies and consumers as well.

ECIA Webinar: What You Need to Know about the SCIP Database 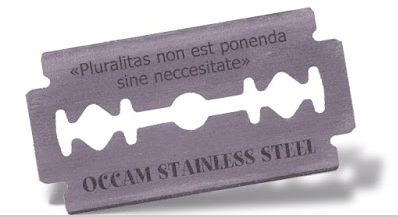