Turning up late wearing the wrong attire and bumping a colleague’s vehicle in the car park are among the worst first impressions made by new employees working within engineering and manufacturing, according to new research.

A study* carried out among people working within engineering and manufacturing environments revealed that the first day at work can be a humiliating affair if things don’t go to plan.

Other blunders include arriving to find you are completely over-dressed, spilling tea everywhere, getting lost en route to the working environment and saying something inappropriate because you’re nervous. More than two fifths of people working in engineering and manufacturing (43%) have had a terrible first day at a new job, with 93% stressing how important it is to them to make a good first impression on their boss, colleagues and customers. Almost three quarters (73%) of people working in engineering and manufacturing believe they’re more likely to make a good impression if they know they’ve got their clothing spot on.

The study was commissioned by 4imprint, as part of its ‘First Impressions’ campaign, having recently released a new range of corporate clothing to help UK manufacturers and their employees working within the sector create a strong and lasting impression. A spokesperson for 4imprint, said: “Starting a new job can be intimidating for a variety of reasons. From not knowing who you’ll be working with, not being 100% sure how to get to your new workplace and worries over what to wear can make for a nerve-wracking first day. Our study found the importance of what you wear in engineering and manufacturing can make you feel as comfortable as possible on a first day and help create a great first impression.”

According to the research, people working within engineering and manufacturing admitted to having turned up on their first day either being wildly under or overdressed.

More than two thirds (69%) of employees within the engineering and manufacturing sector wish they had a uniform for work, claiming it would have made their first day – and consequently first impressions – easier to manage. Other first-day nightmares to appear in the top 30 list include finding there was no allocated desk or computer to work at and being late due to nasty traffic. Having a wardrobe malfunction, accidentally sending a sensitive email as a ‘staff all’ also feature in the list. Meanwhile, one in three British workers have been introduced to someone on day one at work, then immediately forgotten their name. One fifth have also been so nervous they’ve ended up blurting out something inappropriate or stupid – leading to quizzical looks from colleagues.While others have accidentally damaged company property, been over-friendly and had to ask how to turn the computer on.

However, those who excelled on their first day put it down to being fully prepared and sufficiently knowledgeable about the company. And when it comes to making a good impression, 58% say arriving early works wonders while 57% cent try to ask intelligent questions. The spokesperson from 4imprint, added: “A decision can be made about a person within 26 seconds of meeting them – which is why appearance is so important. Corporate work wear can provide reassurance to new starters and if your organisation operates in the service or retail sector then staff uniforms can also be vitally important for customers.” 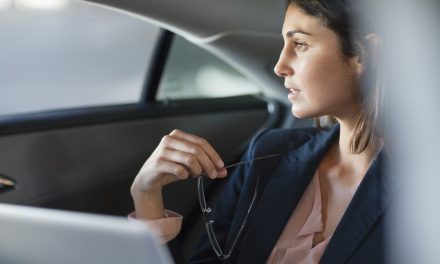