Droughts and forest fires, floods and other severe weather events: The effects of climate change are becoming increasingly visible. As early as 1997, the Kyoto Protocol was signed by 191 countries worldwide in order to sustainably reduce greenhouse gases that are harmful to the climate. The Paris Climate Agreement of 2015 reaffirmed and concretised these goals – almost all countries in the world now recognise this agreement. But the path to climate neutrality begins in small steps – and Rehm Thermal Systems has been doing its part for years: With the introduction of an environmental management system, a further step is now being taken towards a climate-neutral future for Rehm. A first milestone is to be reached as early as April 2022.

Through environmental management, measures are to be taken and improvements achieved so that the companies will be climate neutral in the future. The environmental management system covers a variety of different topics, including the company’s environmental policy and goals, environmental regulations, materials, waste, energy, production, suppliers, logistics, hazardous materials and service providers. Emission sources are divided into three categories: Scope 1 (direct emissions from own combustion processes), Scope 2 (indirect emissions from the purchase of performance-based energy) and Scope 3 (upstream and downstream corporate activities). Rehm Thermal Systems and Rehm BlechTec have set themselves the goal of being climate neutral in Scope 1 and Scope 2 by April 2022; Rehm Thermal Systems’ Chinese branch in Dongguan by the end of 2022. 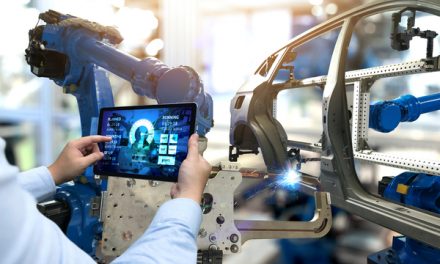 Why Context Is King When Collecting Data

CalcuQuote Hosts Webinar on Creating and Implementing a Technology Roadmap