The automotive industry experienced a ‘black September’ with falls in production, exports and sales in the domestic market… and the trend is not favorable.

After the records reached in production, sales and exports in 2016, the automotive industry downward trend has deepened in 2019.

In the first nine months of the year, the Japanese automaker saw its sales figure fall in 35,566 vehicles, a reduction of 15.5% compared to the same period in 2018. And the most recent data could not be worse: In September sales of Nissan, Mexico sank 24.5% recording the worst performance among the five big sellers of vehicles in Mexico and its closest competitors: General Motors, Volkswagen, Toyota, and Kia.

With 193,830 vehicles sold in the country so far this year, Nissan, which has been the leader of the Mexican market in the last decade, had never seen its reign so closely endangered against the U.S. General Motors, which has also recorded falls but at a much lower rhyme than the Japanese. General Motors sold a little more than 151,000 vehicles this year; but in September, its 17,270 commercialized vehicles were only three of the 19,124 vehicles of the Japanese firm.

Although Nissan is experiencing a particularly complicated situation, not only because of the fall in sales and production in its plants in Mexico (-9.2% so far this year), its fourth-largest market in the world, but also because of corporate conflicts in its parent company that have distracted the company.

But the reality is that the entire automotive industry settled in Mexico had a ‘black’ September that is already shaping a complex year, according to data released on Friday 4 by the National Institute of Statistics and Geography, Inegi. With the sharp fall in September, there are 28 consecutive months of declines in domestic market sales, according to the Mexican Association of Automobile Dealers (AMDA).

After the records reached in production, sales and exports in 2016, the downward trend has deepened in 2019. September is the first month, after a long time, in which production (-0.43%), exports (-7.11%) and domestic sales of light vehicles in the country (-12.31%) fell simultaneously. In the accumulated data of the year, only exports still maintain a slightly positive note (0.53%) compared to last year, but it does not seem to be for long.

In the United States, the main export market for vehicles manufactured in Mexico, sales of light vehicles rebounded significantly in July and August, although they regressed in September as it was a month with fewer working days. However, Trump’s insistent policies of moving production from Mexico to the U.S. and the latent threat of tariffs on foreign-made vehicles are taking effect.

In the domestic market, the stagnation of the economy that affects investments in transportation equipment of companies and the availability of family income, as well as interest rates still high and families with a higher level of indebtedness, have pushed back the sale of vehicles.

The bad results of the automotive industry -given its enormous weight in the economy- have a negative impact on the objectives proposed by López Obrador’s government in terms of investments, exports, and economic dynamism.

In the last few months – and facing the end of his first year in office – the President has approached businessmen and investors to restore broken confidence after controversial political actions such as the cancellation of the NAICM, the paralysis of the bidding process for new oil contracts to the private sector, among others. But in recent weeks the leadership of the private sector and federal government officials, clearly the Treasury Secretary in public and private meetings, have sent signals of greater willingness and openness.

Meanwhile, the foreign automotive industry settled in Mexico, particularly those companies that have a significant share of the domestic market, will live an unfavorable year. AMDA has already proposed to the federal government some actions to reactivate domestic sales.

Seeking to explain the sharp drop in sales, José Román – the head of Nissán – recently told the newspaper El Universal that the 2019 downturn is “normal” and hopes that his new Versa model will return to the firm the growth it lost. The truth is that no one knows yet how big or how long it is. 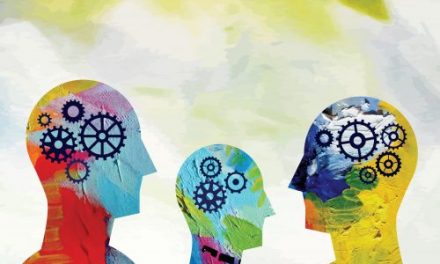