Is it time for a rethink on China Manufacturing and its ESG? 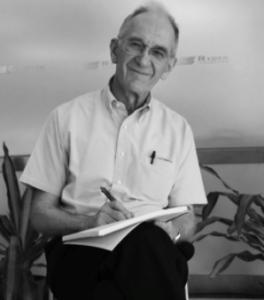 There are some distinct advantages to outsourcing product manufacturing offshore to China. Some of the most advanced manufacturing facilities on the planet are located there, ensuring that even the most difficult designs can be manufactured efficiently. The global supply chain is centered on the country because of its position as the world’s manufacturing hub, with engineers, managers and the workforce constantly improving their knowhow. Manufacturing in China can also be quicker, cheaper and more astute than in the west. Of course, there may also be downsides in some cases. For example, Chinese manufacturing has the reputation of being environmentally unfriendly, and of staff being treated poorly.

As in all generalisations, there will be some truth in the accusations.  But Chinese manufacturing is as diverse as manufacturing in any other country:  there are good as well as bad employers everywhere in the world.

Many Chinese manufacturers are very conscious of environmental issues. Some of these companies see that meeting environmental standards, such as ISO 14001, is attractive to their western customers who want their full supply chain to be sustainable. Other Chinese companies value sustainability as a good business practice that is profitable over the longer term. One of the most prominent of the latter type of company is Ryder Industries, a China company that is run to western values.

Like many other companies across the globe, Ryder Industries is certified to ISO 14001 for its environmental management systems. Some manufacturers look to ISO 14001 as the end of the journey to being environmentally friendly, but others see it as a foundation to build upon. Ryder has used the environmental management systems that it put in place to meet ISO 14001 to further identify ways it can reduce waste and improve resource efficiency. The initiatives that have come from that analysis include underground reservoirs to collect rainwater for processing and use, a ground source climate control system that cools the company’s inland plants in summer and heats them in winter, two arrays of solar-electric panels a solar thermal array to heat water, and an energy recovery system from pneumatic compressors. A dual plumbing system separates grey water for potential future use. All plants also use LED lighting to save energy (2 ½ times more efficient than fluorescent lamps) and eliminate contamination from their bulbs. 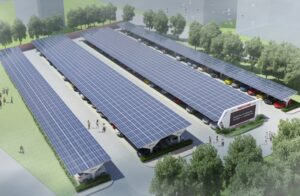 The solar power installation is a jewel in Ryder’s environmental programme. It was installed in two phases – the first completed in 2013, and the second went live at the end of last year (2021). The second phase was built as the roof to the company’s 180 space car parking area. It keeps vehicles shaded from the sun and reduces the need for them to use air conditioning when they leave the plant, improving their mileage while reducing their emissions. Together, each year these solar panels generate over 750,000 kWh of electric energy and cost savings, plus saving over 650 tons of power station carbon dioxide emissions. Ryder Industries will make direct savings of US$ 1.6 million over their 20 year life, and plans to add another 1,200 kW of solar power capacity in a third phase.

Seventy kilometres (forty miles) of underground piping provide the muscle-power to Ryder’s climate control system in its inland campus.  How it works:  it uses the planet earth as a massive heat sink in the summer, burying the heat via pipes that go down 100 meters; in winter it reverses and hauls the heat back out of the ground.  This elegant solution provides year-round pleasant temperatures at a fraction of the running cost of older technologies.

The results from these initiatives have saved Ryder the expense of large amounts of water and energy, and put it well along the road to a circular economy that would be the envy of many western companies that lead in sustainability.

As a manufacturer, Ryder’s main purpose is to work with other companies to make products. To support its customers’ drive to excel in ESG, Ryder complies with all applicable environmental laws and regulations, and has implemented programs and procedures to ensure full compliance. Ryder can supply independent proof of compliance, including raw materials vendor self–declarations of conformity for each component type. The company also ensures that its own suppliers comply with ROHS, WEEE, PFOS and REACH requirements and can provide proof of conformity along with compliance with all of the latest environmental regulations.

Like other companies that are truly invested in sustainability, Ryder looks at the subject not only from an environmental perspective but includes the well-being of its workforce and its neighbours, the people who live in the communities in which it operates. It is dedicated to the nurturing of its team through training, development internal promotions and attentive governance. This commitment to the workforce has been rewarded by loyalty and productivity:   the majority of its workforce have been with the company for over five years, constantly extending its base of knowhow, and over the years their productivity has tripled.

In the community, Ryder’s involvement includes partnering with local schools, and other initiatives that make those communities better places to live. The company has formed a link with two schools in poorer areas close to where the company operates. It supports them practically and financially, including through the sponsorship of pupils and purchase of learning infrastructure, including computers and books. Ryder also has created an ‘English corner’ in both schools. As well as supporting the children, the ‘English Corner’ supports Ryder employees in their learning of English language skills. The tie-ins with the schools are also used to enhance local communities. For example, Ryder employees and the schoolchildren have taken part in civic activities, such as leading a successful community clean-up of a local reservoir.

Over the last few years, there has been a vigorous discussion on the value and ethics of the outsourcing of manufacturing to China. While there may be truths in some allegations, these do not apply to every manufacturer in China. Companies like Ryder are as ethically and environmentally conscious as any manufacturer that can found in the west. Like all other partnerships, in the west and further afield, it is down to the outsourcing company to vet potential partners to see if they are compatible with their own values. Manufacturing in China still offers a lot of advantages, especially on cost and access to strong supply chains in today’s market. Companies like Ryder ensure that those benefits can still be gained, but not at the expense of sustainability. 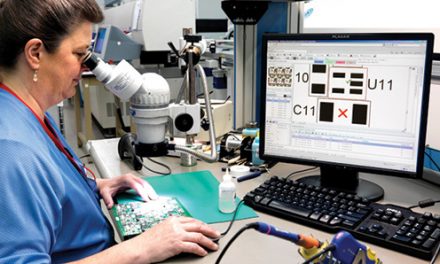 What the FRACAS Is the CAPA About?

MADE IN EUROPE 2021, episode 1 – Rainer Koppitz of the KATEK Group and Bruno Racault of ALL Circuits