The pace of eurozone economic growth remained subdued in May amid stagnant demand, according the latest flash PMI survey. Jobs growth slipped to the joint-lowest since 2016 as firms scaled back expansion plans in the light of weak sales. Optimism about the future meanwhile slumped to a four-and-a-half year low and inflationary pressures moderated as competition limited sellers’ pricing power.

The IHS Markit Eurozone Composite PMI® recorded 51.6 in May, according to the preliminary ‘flash’ estimate, up only fractionally from 51.5 in April. The weak reading puts growth in the second quarter so far on a par with the lacklustre gain seen in the first quarter and is among the lowest recorded since mid-2013. At current levels the PMI is so far indicating GDP growth of only 0.2% in the second quarter. 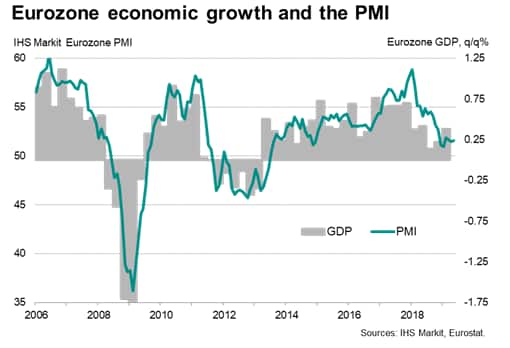 The flash estimate is typically based on approximately 85% of the final number of replies received each month, covering all countries included in the final PMI readings. However, only national data for France and Germany are published.

Growth edged higher in Germany, thanks to sustained service sector growth and an easing in the rate of decline of manufacturing output. However, new orders fell and overall jobs growth was the lowest for just over three years. Germany’s factory sector remains in one of its worst spells since 2009. 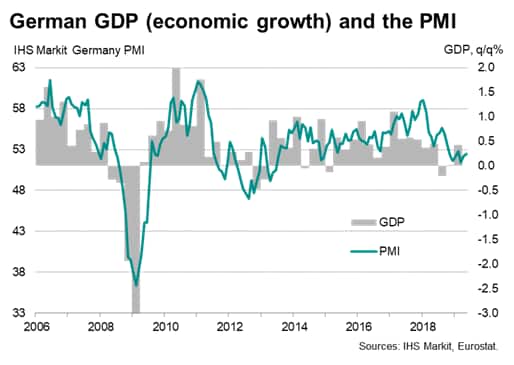 Growth also perked up in France, rising to a six-month high, albeit remaining just below the eurozone average. Growth accelerated moderately in services while the recent factory downturn showed signs of ending. Future expectations slipped lower, however. 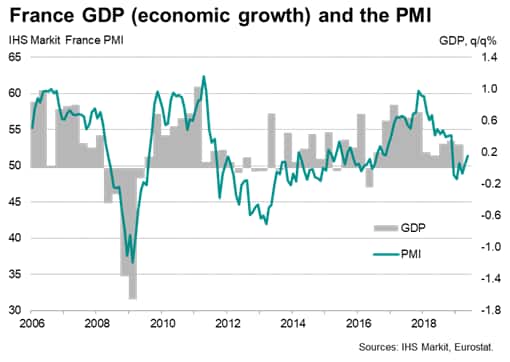 Elsewhere, business activity growth hit the weakest since November 2013, now running close to stagnation in both the manufacturing and service sectors, as new business levels fell for the first time since July 2013.

The renewed deterioration in optimism about the year ahead to the lowest since October 2014 meanwhile suggests that the eurozone business situation could deteriorate further in coming months. Worries reflected concerns over lower economic growth forecasts, signs of weaker sales and rising geopolitical uncertainty, with escalating trade wars and auto sector woes commonly cited as specific causes for concern.

Sector divergences remain marked across the region as a whole, with manufacturing still in decline and the region therefore reliant on the service sector to support growth. Manufacturing output fell for a fourth straight month, with new orders falling for an eighth month, led by a further steep drop in goods exports. 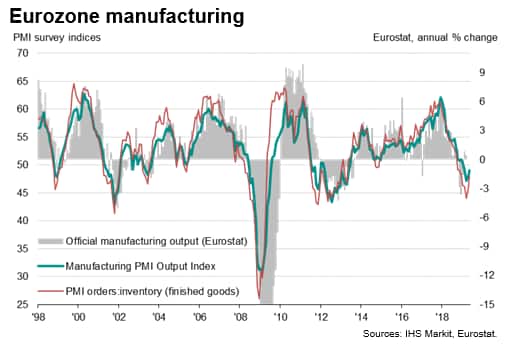 Some comfort can be drawn from rates of decline of output, new orders and exports all easing in manufacturing for a second successive month. But perhaps more worrying, the rate of service sector expansion fell to the weakest since January amid sluggish growth of new work. With the exception of the soft patch seen at the turn of the year, service sector new business inflows were the lowest since 2014. 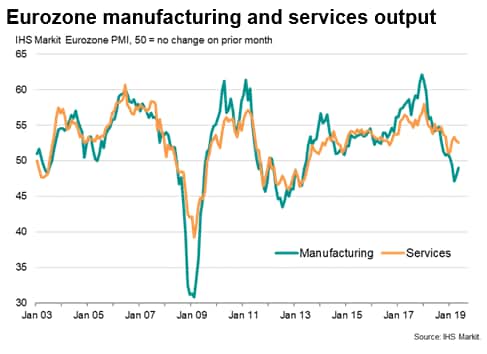 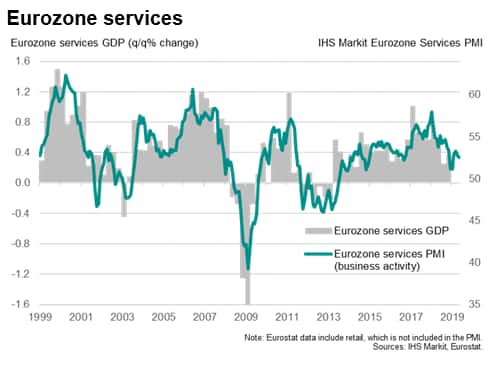 With new orders near-stagnant and optimism deteriorating, companies pulled back on hiring, resulting in the joint-smallest gain in employment since September 2016. Manufacturing jobs fell for the first time since August 2014, lost at the fastest rate since November 2013. By comparison, service providers remained more confident to hire, yet the net rise in jobs cooled from April’s six-month high. 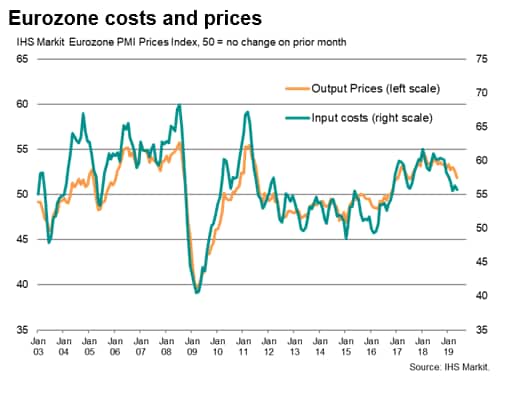 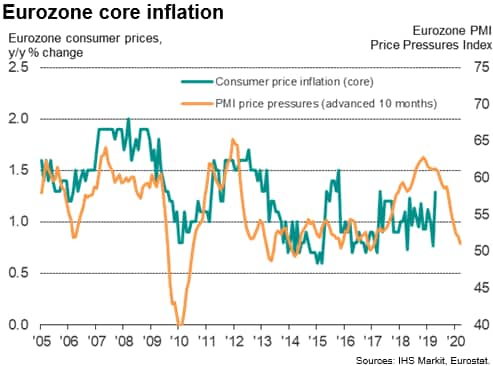