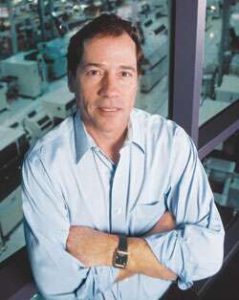 Michael Marks’ grew up in St. Louis and attended Oberlin, a liberal arts college in Ohio. His father owned and operated an air conditioning distributor business. He earned a Bachelor’s and Master’s in psychology before getting an MBA from Harvard. He drew on those solid Midwest values and liberal arts education to make an enormous contribution to the EMS industry during his tenure at Flextronics; he was named one of the Fortune’s Heroes of Manufacturing in 2000, and Electronic Business’ CEO of the Year in 2004.

Marks worked for a coal company right out of college, but then moved back to St. Louis to help his ailing father. He got interested in the budding computer industry there, deciding to move to Silicon Valley with his family in the 80s. He joined Flextronics in the early 80s, first as a consultant, and then manager of a California facility. Flextronics started as a ‘board stuffer’ for overflow work coming from Silicon Valley electronics companies by Joe McKenzie and his wife, who hand-soldered the parts onto boards. In 1980 Flextronics was sold to Bob Todd, Joe Sullivan and Jack Watts, and the company became a true contract manufacturing operation, with automated manufacturing. The company was one of the first contract manufacturers to go ‘off-shore’, building a plant in Singapore in 1981, and providing sub-assemblies for Sun Microsystems.

Wall Street was also a prominent force in this company’s history. In 1987 Flextronics offered stock on the NASDAQ exchange, just weeks before the famous stock market crash in October of that year. Economic recession in the U.S. hit the company hard after that. Flextronics’ survival was in jeopardy, so the decision was made to spin off the Asian operations, which were profitable, and take the company private with the help of venture funding. This happened in 1990, and the U.S. plants were shut down.

The new private company was headquartered in Singapore, and Michael Marks became CEO in 1994. He and the company embarked on a bold strategy of acquisition and globalization that was breathtaking in both scope and scale: the plan was to create a global behemoth of infrastructure for high-volume manufacturing, with massive purchasing and engineering capabilities The workforce expanded from 3,000 to 13,000, and facilities were located in every major geography: Mexico, Brazil, Hungary, China, Poland and the Czech Republic, as well as rebuilt capability in North America.

However, in addition to this scale, Marks aimed to consolidate Flextronics’ manufacturing and supply chain in the same physical location in each region, establishing an industrial park complex in each area. These industrial parks (at least initially) seemed to provide credence to the promises of outsourcing made to the investment community, what in retrospect after the downturn of the 2000s when the industry was flooded with capacity could be called ‘irrational rationales’. It all looked very good on paper: vertical integration, just-in-time inventory, made possible by the close physical proximity of the suppliers in the industrial parks; global manufacturing footprint enabling low labor costs; and all that leading to massive economies of scale to dramatically reduce the costs of manufacturing electronic products in multiple industries. What could go wrong? Using this industrial park philosophy, Marks set out on an acquisition juggernaut: By mid-1998 Flextronics had 2.6 million square-feet of capacity in 26 global complexes.

In 1995 Microsoft chose Flextronics as its turnkey contract manufacturer for peripherals. But that was just the beginning. Telecommunications, consumer, and computer contracts flooded in, including major OEMs like Motorola, Ericsson, Alcatel, Cisco and Hewlett-Packard. In 1998 Flextronics began the new strategy of acquiring the manufacturing plants of customers, including several facilities of Ericsson. In 1999 Flex purchased Dii Group in Niwot Colorado for $2.4 billion, which was the largest acquisition of its kind up until that date. In March of 2000 alone, the company added 600,000 square-feet on the East Coast with the acquisition of four North Carolina EMS companies. 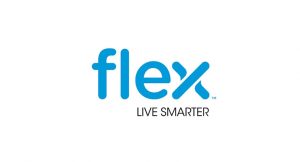 In 2000, the company was ranked third on Industry Week’s list of 100 Best Managed Companies, but in that year the bottom started to fall out of the strategy. In the first quarter ending June 30, 2000, the company reported a $368.9 million loss. But its aggressive “growth at any cost” strategy would not be abandoned and ultimately Flextronics acquired Solectron one of the largest EMS companies in 2007. Michael Marks led the company through the downturn by quickly shutting down factories and laying off employees, but he then stepped down as CEO in 2004 when he was 53 and went on to other endeavors. His visionary and innovative management style created a resilient and unconventional organization that eventually weathered the downturn and responded to global challenges and explosive growth very successfully.

Today Flextronics has reinvented itself once again. Renamed FLEX in 2015, its website barely even mentions manufacturing – instead, Flex is a ‘sketch to scale’ designer and builder of intelligent solutions for a connected world. The company promised to ‘help the world live smarter™’ Who can argue with that? 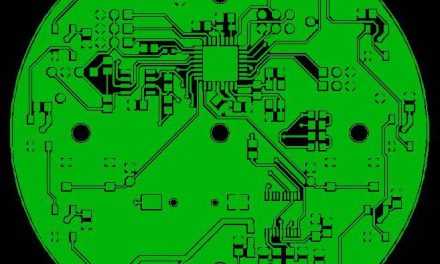 Electronic Manufacturing Files – What We Need for PCB Assembly 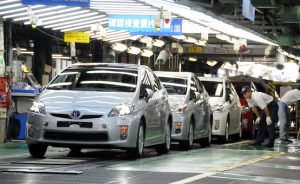 The Power of Lean Manufacturing