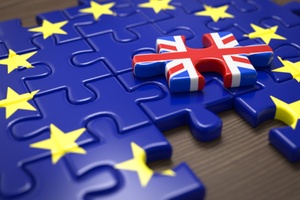 The signing of the provisional UK-EU Brexit trade agreement on Christmas Eve 2020 signalled the end of four years of uncertainty for UK electronics manufacturing – but it has also left in its wake some significant new challenges.

Confidence among those in the industry could well be described as cautious at best, with just under half of manufacturing businesses saying it is still too early to tell whether the new deal is likely to be a help or a hindrance.

In January 2021, the CEO of Make UK Stephen Phipson described the key issues that he believes still lie ahead as UK manufacturers seek to adapt existing agreements, and to forge new relationships with EU partners.

Firstly, says Phipson, there is going to be the need for an extended period of adjustment and negotiation to enable the phasing in of the new trade arrangements and the smoothing out of any faults.

The timing of the provisional UK-EU Trade and Cooperation Agreement has not addressed all of the challenges that the economy is now having to respond to and there is the need for a framework that will provide the legal certainty that businesses require to continue trading with confidence.

Without bilateral easement, a period of adjustment and maximum cooperation, he says, there is the very real risk that trade could be disrupted, that businesses may become less competitive and that the broader economy may become more vulnerable.

A second major issue revolves around the managing of Rules of Origin requirements under the UK’s new arrangement with the EU – an issue that will be of particular relevance to manufacturers who source components from a number of suppliers.

But while the Brexit agreement has delivered on duty and quota-free trade, it is still on the condition that exporters are able to prove that they meet stringent local requirements.

Complications could also arise too when it comes to determining whether a product is indeed deemed to be “tariff-free”.

Addressing Conformity Assessment and accreditation will be vital to ensure that customers can maintain confidence and trust in the goods, services and processes that are being provided by the UK manufacturing community.

Enabling the continued provision for UK-based testing, inspection and certification is going to be crucial in avoiding additional costs for those firms who supply goods outside of the UK market.

For businesses that manufacture products that contain chemicals there is now the additional cost – and bureaucratic headache – of having to certify their products in both the UK and the EU.

While the chemicals industry has expressed relief that the trade deal has avoided tariffs within the sector there is still a degree of uncertainty about exactly how the regulatory framework will work once the UK is no longer part of the EU’s REACH framework.

Setting up an equivalent UK regime is likely to involve not just a massive duplication of work but a bill that could run into the hundreds of millions.

Manufacturers have also been warned of the need to brace themselves for a substantial increase in the amount of customs-related form-filling that will now be required.

In 2020, the head of HMRC reported that as many as 400 million new customs declaration forms could now need to be completed annually, at a total estimated cost to UK businesses of between £7.5bn and £15bn per year.

Finally too, there is the impact that the Brexit agreement may have on the freedom of movement of manufacturing personnel between the UK and the EU.

While short-term business trips are still allowed for under the Brexit agreement, they are also subject to a number of restrictions.

This is an issue that is likely to affect independent manufacturing professionals who may find that they are required to provide proof of educational qualifications or experience, or that they need to obtain visas or work permits in order to gain access to certain sectors or member states.

Despite the obvious challenges, the mood within UK manufacturing can still be described as with an air of cautious optimism.

Fears over the consequences of a no-deal scenario have thankfully been averted which means companies can now look to the future with a degree of clarity.

Mitigating the impacts of Brexit is going to require a high degree of adaptability, creativity and compromise.

At the same time, there is also scope to embrace new opportunities for those businesses that are open to adopting a more collaborative approach, to training and reskilling their workforce and to harnessing the potential of new technologies such as Industry 4.0

Haze on the horizon: the challenges and uncertainties of Europe’s future combat aircraft plans