TOKYO, March, 2018  – Fujitsu Limited, Fujitsu Taiwan Limited, and Taiwan FamilyMart Co., Ltd., which operates over 3,000 FamilyMart stores in Taiwan, today announced that they will begin a field trial at the Chongqing South Road FamilyMart location in collaboration with local venture capital companies and other partners. The field trial aims to attract customers to the store while reducing the burden on staff using digital technologies including robots and blockchain.

In this field trial, Fujitsu Limited and Fujitsu Taiwan will deliver a unique customer experience that includes store guidance using the communication robot, Robopin(1), a content delivery service, FlowSign Light(2), which utilizes visible light communications, and the video communication solution FlowSign Video(3). A “stamp rally” promotion will also be conducted that makes use of blockchain technology(4). Additionally, the three companies will evaluate the effectiveness of work process optimizations and operational cost reduction measures in the store during the trial, including through the use of a store entrance counter equipped with a 3D camera to count the number of store visitors, and electronic price tags that interact with POS registers to update automatically.

Summary of the Operational Trial

3. Trial Details
A Fujitsu Robopin communication robot installed at the entrance will introduce products on sale and events being conducted in-store to visitors, while also putting on performances such as the “Famimai,” a specially choreographed FamilyMart dance.

The companies will also be conducting a “stamp rally” promotion, utilizing Fujitsu’s FlowSign Light to allow customers to earn stamps by simply pointing their smartphone, with the dedicated FlowSign app installed, toward different target items throughout the store, including Robopin. FamilyMart will issue coupons that can be used in FamilyMart locations based on the number of stamps collected, with Fujitsu Blockchain technology managing customer information, including details about the history of stamps earned and coupons used.

In conjunction with this, video content relating to products in the refrigerators will be projected onto their doors, which have been fitted with transparent displays made by LWO Technology Co., Ltd. This not only promises to offer customers a new shopping experience, but will also enable them to collect stamps by pointing their smartphone at the projected video content on the refrigerator doors using the dedicated app for Fujitsu’s FlowSign Video service(3).

Electronic price tags, made by SES-imagotag SA, will be installed on the product display shelving, interacting with POS registers to enable flexible changes to prices. Information such as production history and ongoing promotions will be available through QR codes and NFC(5) functionality built into the electronic price tags.

A store entrance counter equipped with a 3D camera, made by FLIR Systems, Inc., will be installed at the entrance of the store, and will collect and aggregate information on the number of visitors. This data can then be used for tasks like analyzing store sales and optimizing the deployment of staff.

Based on the results of this field trial, the three companies will consider enhancing the functionality of the solutions at this location and expanding them to other FamilyMart stores. In addition, the companies involved in this trial will together promote the creation of a model for next-generation retail stores that take advantage of digital technologies, while considering new initiatives going forward, including those that use technologies like AI and palm vein authentication. 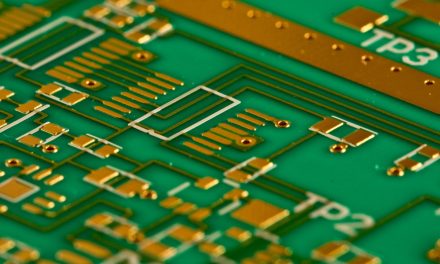 What’s the difference between DFM and DRC?