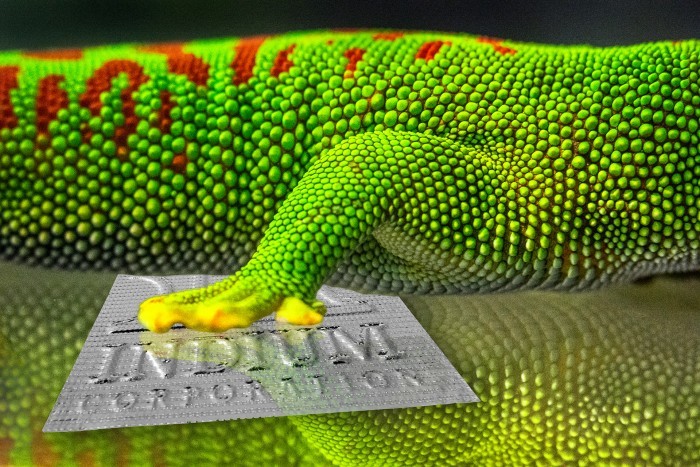 You have no doubt come across a sticky-stretchy figure that you throw against a wall and it slowly slinks down to the floor. There is a common misconception that gecko toes are similarly sticky.

However, if gecko toes operated with that same adhesion, it would be too difficult for a gecko to walk or even run; predators would thoroughly enjoy that lack of evolution. If we take a closer look at a gecko’s foot, the toes will actually feel soft and smooth. The toes will only “stick” to a surface when microfibers – called setae – are engaged, by sliding the toes parallel to the surface.

Indium Corporation’s Heat-Spring® borrows from nature: the malleability of indium minimizes surface resistance and increases heat flow. The peaks in the Heat-Spring pattern act just like the setae in gecko toes, allowing the Heat-Spring to adhere to a surface – rather than an elastic spring, the adhesion allows the material to stay in contact during cycling.

The setae are made of the protein beta keratin. At the nanoscopic level, the intermolecular forces of the setae result in an adhesive force of 1 to 1000 nanoNewtons; strong adhesion – allowing a gecko to run vertically at about three feet per second – but it pales in comparison to Heat-Spring’s capable pressure range of 35 psi to 100+ psi.

Indium Corporation scientists were far ahead of the evolutionary curve: when Heat-Spring was designed by Bob Jarrett and Jordan Ross years ago, it was to satisfy a customer-driven need to develop a high-performance thermal interface material (TIM). Conventional polymer TIMs at the time had inherent issues due to the low conductivity of the polymers. In less than a year, Heat-Spring was borne. In converse, researchers have determined that the tackiness of the gecko toe took millions of years to develop, as evidenced by a gecko trapped in Cretaceous amber.

The indium Heat-Spring underwent many iterations throughout its early design stages – or perhaps we should we call it “evolution” – as our inventors tried to understand how they could reduce contact resistance by changing the surface form of the indium. Keep in mind that adding a pattern also reduced contact area. This seemed counter-intuitive to thermal transfer principals. However, because thermal resistance consists of three basic principles – bulk conductivity, contact resistance, and bond line thickness – one part of the equation could affect total resistance more than another. Being that indium is soft and has a high conductivity, the inventors could play with different surfaces.

How does this indium film address the shortcomings of conventional polymer TIMs (low conductivity and the thermal mismatch between the polymer and conductive fillers)? According to Jarrett: “Indium … is highly conductive and highly conforming to the interface surfaces. Since it is a metal, it conducts heat (and electricity) with its electrons, so the thermal mismatch is not an issue. Polymers, semiconductors, and the ceramic filler of the polymer TIMs rely on lattice vibrations to conduct heat. If the vibration frequencies don’t match up, heat transfer is interrupted at each interface within the TIM. Using a conductive metal (such as indium) avoids that issue altogether.”

In today’s world, the Internet is becoming more intertwined with the things we use the most: smart TVs, watches, refrigerators, thermostats, etc. These devices are connected to large data centers, which consume a tremendous amount of energy. To operate faster, more energy-efficiently, and more sustainably, immersion cooling is a key technique used for thermal management in these computing apparatuses. The components are “immersed″ in a thermally conductive but dielectric liquid or coolant, and the heat is dissipated by circulating the coolant. Heat-Spring is perfectly suited for this application because of its compressibility and high-profile pattern.

In another nod back to nature, Heat-Spring is made of pure indium, a sustainable element for which Indium Corporation provides a reclaim and recycle program. Depending on the application, however, Heat-Spring is also available in a variety of alloys, including InSn, InAg, and Sn+. 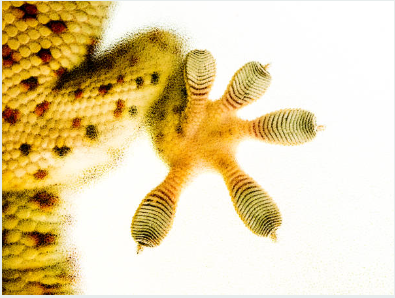 With sincere appreciation to the genetic evolution that has produced clingy-footed geckos, Indium Corporation researchers often look to the natural world for inspiration and creativity in the development of the next generation of materials science. 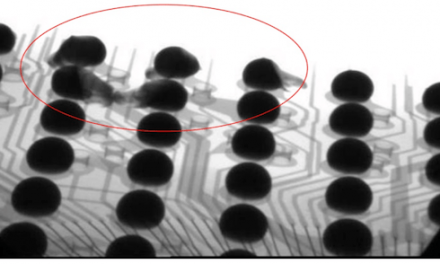