In less than three decades China has come from a “me, too” position to one of taking a lot of business from the rest of the world. While still most definitely Communist in government, China has certainly embraced capitalism in a way that would make old Karl Marx blush, and has risen from Third World status to the forefront in many industries.  There are way too many articles and commentary on this so I will not reiterate herein.  But there is more than meets the eye (or economically slanted editorial) when it comes to the electronics industry. Is China “really” here yet  –  on par with the U.S. and Europe with regard to process technology? Are they truly “world class” in this area?

In my opinion, not quite yet –  but soon!  One of the hallmarks of a World Class operation is not the newness of the equipment or the degree of automation (though it contributes), but a true and thorough understanding of the assembly processes including equipment, design, materials, methods, efficiency, quality, and documentation.  My consulting firm specializes in Process Audits and Process Validation-Certification and we have done quite a few in China assisting U.S. and European firms assess and select an ideal EMS partner.  For the most part, we see a lot of gaps that are yet to be filled.

Here are some examples:

The list goes on and on.  The engineers know what they want to attain but they have not learned the ways and means of getting there – the how’s and why’s.   Some are what we call Popular Mechanics Engineers. This is somewhat understandable (though not excusable). Look how incredibly fast electronic assembly has taken root and established itself with China as a world force to be reckoned with.  Almost overnight!

That is not to say that World Class electronic assembly does not exist in China and that you cannot get high quality out of China assembly in the present.  To the contrary.  A few years ago, Jim Hall (ITM Consulting) and I audited a Flextronics facility in Shenzhen for a U.S. company considering having their assembly done there.  The firm had very high reliability expectations for their product and they wanted to be assured they had as much going for them as possible.  Not only was this facility the best we had ever assessed in China…it was one of the best facilities we had audited in Asia, and for the most part, the world!  Yes – in Shenzhen, China!  But bear in mind that this facility was not only in China – it was a Flextronics facility in China and had the benefit of Flextronics’ outstanding “global process culture” and their World Class practices and procedures.  Count on other World Class multinationals to spread their seeds too.

Having come this far this fast, it is just a matter of time – and not much – that high quality and World Class manufacturing will promulgate in China.  Don’t think twice and don’t blink! 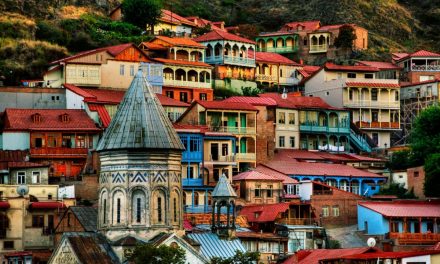 Indium Corporation to Share Products for EV at Productronica India