What’s the SCOOP – CES Wrap Up

Well that was an unusual CES! The first all digital version, and for me the first real test of how a show that seems to thrive on the buzz of Las Vegas copes in cyberspace. I have been covering the show with SCOOP’s newest partner Marco Annunziata, a fellow Forbes writer and the former Chief Economist at GE. We spent some time on zoom midweek to share some feedback and were both missing the human interaction and the bright lights of the press launches and the show floor. Those days spent walking the aisles of the show, visiting the startups in Eureka Park and the evening network events are a key part of CES and really contribute to the overall value of the show as an exhibitor, a visitor or a member of the press. May next year, we’ll be back, vaccinated and having fun!

Whilst we both missed the show floor and the inperson elements of CES, we did both agree that they did an exceptional job of the conference program, from the exceptionally well produced keynotes to the panels, interviews and presentations. I also really appreciated the ability to enjoy the content, especially given I am in lock-down-under, here in Australia and time zones can be challenging…

So, what were the highlights and what can we take away from this year’s show?

Highlight #1 – The Rise of The Robots continues at a great pace with their value in many areas being underlined by the pandemic and the need to socially distance. New applications to augment the human workforce are constantly being developed and an area of particular growth is likely to be delivered, with drones starting to be taken seriously as well as autonomous ground vehicles. Industrial robotic demand continues to grow at a solid pace, but a real star of 2020 has been sanitising robots, robots that manage triage processes or monitor crowds from temperature and robots undertaking any wtask where human contact is risky. It seems robots do not need the vaccine.

Highlight #2 – We’re still talking about 5G as if it will save the world and solve every one of mankind’s problems. Don’t get me wrong it’s an exciting prospect with a big upside for all kinds of industries. It is certainly helping to sell smartphones right now. According to Qualcomm and IHS Markit’s 2020 5G Economy Study, investment in 5G was up almost 11% over the forecast made in 2019. That’s $260 billion in collective investment in R&D and capital expenditure, on top of $235 billion the previous year. China will be the largest investor at around $1.7 trillion, followed by the US with $1.3 trillion through 2035.

Highlight #3 – Everyone wants to live in a Smart City, or do they? While urbanization has done nothing to slow the spread of COVID-19 it certainly seems to be an inexorable trend around the world, and as cities get more crowded the need for infrastructure to support them is growing. Many companies are as excited about the prospect of smart cities and the potential for blended multimodal mobility, autonomous vehicles for public transport and delivery of products and services. Smart cities certainly have great potential and goals like zero accidents, zero congestion and zero emissions are laudable and should be pursued. Like many of these technologies, 5G, along with robotics could be the enabler that will accelerate investment and adoption. Perhaps smarter cities would have found it easier to manage the pandemic.

Highlight #4 – Transport is going to become electric and connected. According to several keynotes, panels and press launches the vision of the future of transport is clear and four words sum up the goals. They are electric, sustainable, connected and autonomous. Many car makers and tier one supplier were happy to talk about an all-electric future, moving from the days of a few special electric models that looked less appealing than their fossil fuel powered counterparts, to a world of exciting new platforms and vehicles. One major move in the US is the shift in truck, with some impressive vehicles on (virtual) display. 5G again has a role to play, enabling C-V2X, or ‘cellular vehicle to everything’ communication with the almost zero latency and high bandwidth that is needed to make it a trustworthy reality.

Highlight #5 – Digital Health is much more than just telemedicine. There were numerous discussions around digital health at CES this year and given the last twelve months there could scarcely be a more important topic. In 2020 revenue from connected health devices grew a massive 73% to $632 Million and their five year forecast shows another jump of 34% in 2021 and a steady 14% growth in 2022, 23 and 24. Technology has had an increasingly important role to play in medicine over recent years, with AI playing it’s part in diagnosis, robots in surgery and much more, but digital health goes even further, bringing in areas like wellness and fitness, areas where tech has been stepping up and winning for years.

Highlight #6 – We’re stuck at home so work-from-home solutions are becoming more important as are bigger TVs and better gaming consoles it seems. 8K TVs are about to become mainstream and the bigger the better. Headphones are getting better and better and there are numerous new laptops and tablets to make working from home less of a chore.

Highlight #7 – A tracker that can reduce Ocean plastics. Every second a truckload of plastics is dumped into the ocean. If continued, there will be more plastic than fish in the sea in 30 years. Discarded fishing gear makes up the majority of plastic pollution endangering our climate, ecosystem and marine life. Discarded fishing nets, trawls and ropes are intercepted from nearshore locations. The collected fishing gear is recycled and turned into plastic pellets and these plastic pellets are then molded into Chipolo covers. Chipolo One Ocean Edition is the world’ only item finder made this way.

Let’s hope in January 2021 we can all get back to Las Vegas safely, but in the meantime CES worked online, it wasn’t perfect, but we’re adapting and as Darwin said, it is not the fastest but the most adaptable that will win the evolutionary race.

For some of the numbers and stats, check out Tuesday’s column for CES here on EMSNOW 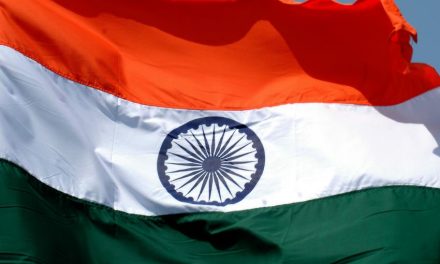 Indian electronics manufacturing is in a boom period

Amidst Trade Tensions, U.S. and China Follow Different Paths to the 3rd Platform as New Technologies Drive Worldwide ICT Market Towards $6 Trillion in Annual Spending by 2022, According to IDC 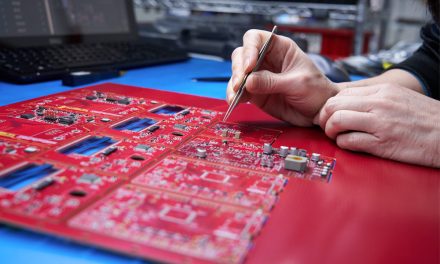 Teaching the Next Generation: IPC’s Electronics Assembly for Engineers (EAE)