Wearables Growth Faces Challenges Through 2022, According to IDC Tracker

NEEDHAM, Mass.– The wearables market faced another challenging period in the second quarter of 2022 (2Q22) as global shipments declined 6.9% year over year to 107.4 million units according to new data from the International Data Corporation (IDC) Worldwide Quarterly Wearable Device Tracker. Demand has slowed due to rising inflation, fears surrounding recession, increased spending on other non-tech categories, and the hyper growth that the wearables market has experienced in the last two years.

While the list of top 5 companies has not changed (Apple, Samsung, Xiaomi, Huawei, and Imagine Marketing), four of the top 5 experienced year-over-year declines during the second quarter. Smaller brands continue to target lower price points, putting downward pressure on average selling prices (ASPs) for the incumbents.

“It’s unfortunate that companies like Apple, Samsung, and Google are in the midst of launching more premium smartwatches at a time when appetite for high priced products remains in question,” said Jitesh Ubrani, research manager for IDC Mobility and Consumer Device Trackers. “And even though pricing on some new products remains the same as the previous generation, the strength of the US dollar makes the purchase more difficult in local currencies around the world.”

Rising prices and cooling demand have also led to a reduction in the overall outlook for wearables as IDC now forecasts shipments for the full year of 2022 to remain flat at 535.5 million units. However, growth will return in 2023 as demand for watches and hearables is expected to return due to new buyers in emerging markets and replacements in mature markets.

“While the wearables market was down in the second quarter and will most likely be flat this year, it is certainly not out,” Ramon T. Llamas, research director, Mobile Devices and AR/VR at IDC. “As the wearables market takes slow steps towards maturity, it will eventually reckon the ebbs and flows between the record-breaking volumes we saw during the pandemic and what we see today. But overall, the trend continues upwards, just at a slower pace as consumers seek replacements and the number of new users starts to decline.” 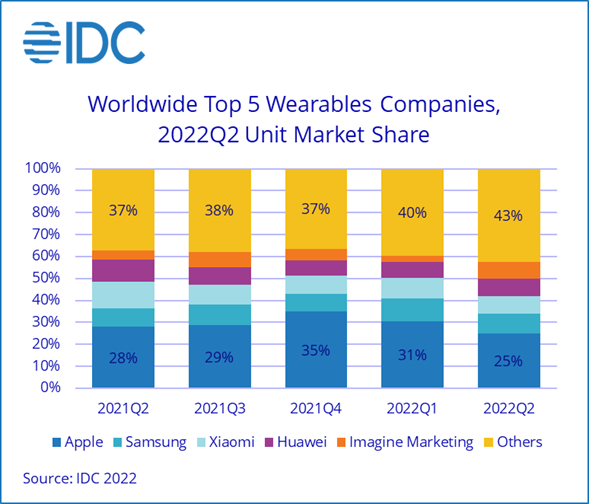 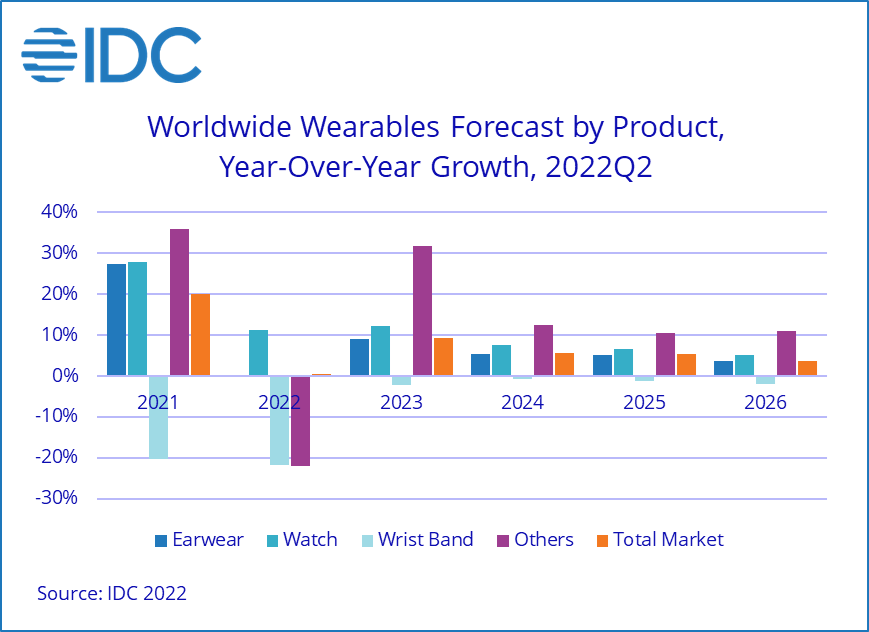 What cyber threats can businesses entering the Metaverse expect?