Vietnam’s semiconductor industry is a platform to support and develop several other sub-industries and is an engine for Vietnam’s economic growth. The industry is estimated to reach US$6.16 billion in value by 2024 even though most manufacturing occurs in the low-value part of the value chain.

Media reports recently stated that the world’s largest memory chipmaker, Samsung will begin making semiconductor parts in Vietnam in July 2023, further diversifying its manufacturing as the US, China, and others seek to diversify and hone technology supply chains.

Samsung is now testing ball grid array products and intends to mass produce them at the Samsung Electro-Mechanics Vietnam factory in northern Thai Nguyen province. Earlier this year, the South Korean giant also poured another US$920 million into its electronic components plant in Thai Nguyen.

Samsung, Vietnam’s biggest foreign direct investor, first invested US$1.3 billion in the electro-mechanics unit in 2013, which produces mainboards and other electronic components. Last year, the number climbed to US$18 billion. The electronics giant also has six plants in the country and is building a new research and development center in the capital Hanoi.

Now semiconductors would mark the third business for Samsung in Vietnam, where the company makes home appliances and half of its smartphones.

Recently, Filippo Bortoletti, Vietnam Country Director at Dezan Shira & Associates provided comments on his views and analysis of the industry.

According to Filippo, the move of Samsung clearly means a lot for the country’s semiconductor industry, considering that previously other multinational enterprises only had some semiconductor packaging and testing businesses in Vietnam.

The fact that Samsung – one of the largest players in the global electronic industry, chose Vietnam and the United States for starting the production of semiconductors, rather than Japan, Europe, or any other country speaks volumes for Vietnam’s potential as an emerging manufacturing hub and also the country’s ambition to continue growing in the forseeable future.

He also noted that the addition of the South Korean giant is likely to foster the development of semiconductors’ related industries, as well as push forward the development of appropriate skillsets and expertise within the country.

According to Filippo, the main advantages of Vietnam in developing the semiconductor industry are favorable demographics with relatively low labor costs and human resources. Vietnam also boasts an ambitious government that is opening the country to foreign trade and investment and adapting the local legal framework to international practices, a growing – and willing to learn and improve – an ecosystem of local entrepreneurs, and clear plans for the future development trajectories of the country.

In addition, the country’s neutrality in the US-China trade war, as well as the Russia – Ukraine war, has also made it easier for investors to choose a place to produce and supply components for other economies.

Filippo also mentioned key challenges that Vietnam may have to face in developing the semiconductor industry. With a limited – but increasing – budget, the government should ensure the local infrastructure can accommodate more enterprises without clogs, streamline and simplify administrative procedures, increase transparency, and continue to update its legal framework to ensure fair competition.

At the same time, the country should prioritize improving the education system, making it accessible for building solid foundations for the progressive improvement of local expertise.

What is most noteworthy is that packaging and testing, the sector that Vietnam is most involved in, is a low-margin part of the semiconductor industry compared to the design and manufacturing of semiconductors. In fact, the main issue that might prevent Vietnam to step up another ladder in the value chain lies in the high requirements for manufacturing infrastructure as well as the strong expertise of labor.

Filippo believes that Vietnam has all it takes to tap into manufacturing, however, this is likely to take some time and would also depend on the political system to direct and support entrepreneurs, as well as on the global macroeconomic variables that might influence and reshape global supply.

Before Samsung, Vietnam had Intel Products Vietnam (IPV), the largest assembly and testing plant in Intel’s network. Last year, Intel committed to spend US$475 million to build a cutting-edge microelectronics testing and assembly facility in Vietnam. During the global chip crisis, IPV maintained stable operations and made several innovative contributions to help fill the semiconductor shortage.

The complex, built in Vietnam, has received more than US$1.5 billion over the past 15 years from the components industry giant, which makes the manufacturing plant one of Intel’s largest factories. Given its objective to become the world’s foremost manufacturer of electronic components, its direct investments will be more than likely to continue for the foreseeable future.

Other chipmakers, including Qualcomm, Texas Instruments, SK Hynix, and NXP Semiconductors have also built research centers and factories in Vietnam. Those companies have laid the groundwork in terms of manufacturing and logistics infrastructure as well as research centers, which in turn has made Vietnam a more appealing destination for follow-up investment in the industry.

Earlier last year, Hayward Quartz Technology, a large OEM supplier, secured approval to construct a US$110 million plant in Vietnam. Once up and running, the site will make crystal silicon blocks, plastic polymers, and other materials used in microelectronics fabrication.

That same month, Pegatron, one of Apple’s EMS providers, spent US$22.9 million to buy land in Vietnam. The corporation intends to invest a further US$1 billion to establish significant production capacity in the area. Foxconn and Wistron, two other Apple device assemblers, have planned to expand their regional footprints.

The trend of multinational corporations diversifying and investing in countries other than China is apparent and transversally involves all industries. In general, businesses still want to keep their operations in China but its zero covid strategy and locked borders have forced companies to diversify operations to alternate manufacturing hubs. Samsung’s investment in Vietnam is a clear example of this.

According to Filippo, the semiconductor industry cannot be considered too different from other industries, and therefore Vietnam is likely to increase its competitiveness in the semiconductor industry in the coming years. The arrival of large businesses such as Samsung will also help in establishing supporting industries providing further growth and development in the country.

Worldwide Smartphone Shipments Rise by 0.8% in the Third Quarter as Huawei Went Full Steam in China, According to IDC 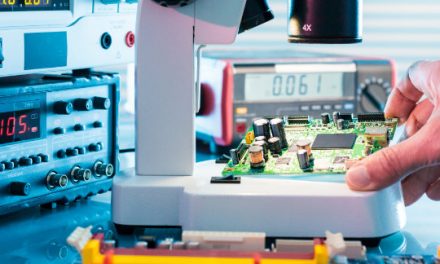 The Cost of Quality