US Election and Mexico’s Aerospace Industry

As Mexico’s strongest trading partner, major decisions in the US could have a strong influence on the local economy and manufacturing activities. As the US elections quickly draw to a close, it might be interesting to analyze what the victory of either candidate will mean for the local aerospace sector.

During his four years at the White House, President Donald Trump touted an “America First” policy, vowing to put the needs of the US ahead of international concerns. This approach resulted in numerous tariffs on foreign products, which aimed to reduce the US’ trade deficit with other nations. In 2018, the US imposed a 25 percent tariff on steel and a 10 percent tariff on aluminum to many countries, including Mexico. These tariffs were lifted for Mexico and other countries in May 2019 but President Trump later warned that he would pursue a 5 percent tariff on all imports from Mexico that would gradually increase until illegal immigration stopped. These tariffs did not materialize. On the contrary, US tariffs on Chinese products and USMCA have helped Mexico become the US’ main trade partner.

President Trump was also behind the renegotiation of the NAFTA agreement which now became USMCA. This has been considered positive for Mexico’s aerospace sector. “We are living a moment of opportunity and the start of the USMCA commercial agreement should help us think beyond geographical borders,” said Carlos Robles, Vice President of the Central Region at FEMIA.

Littelfuse Honors TTI with Distributor of the Year Award 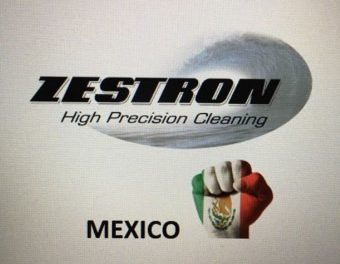