Estonia is a small country in Europe and often underestimated. But it is the most digitized country in the world:  96% of the population file their tax returns online, 98% of Estonians conduct their banking online, 985 of new companies can be created in electronic form within 20 minutes and Estonia has the largest number of successful start-up companies per capita in the world. For example, Skype, TransferWise, GrabCAD and Fortumo all come from Estonia. Even though it has only 1.3 Million inhabitants and therefore only a share of the European EMS production volume of 1.1%, per capita it has the third highest EMS production revenue after Hungary and the Czech Republic.

It is no wonder that this agile country has an even more agile Electronics Association, the Estonian Electronics Industries Association. Its managing director Arno Kolk organized a seminar for the electronics industry last week in Tallinn, the capital of Estonia. Together with Ele Pärtel from Estronics, the Estonian cluster for smart electronics, they set up an attractive program to bring the 112 attendees up to date on the EMS industry in Estonia.

I had the honor to speak about the European EMS industry, focusing specifically on Eastern Europe, its structure, development and future. I explained the growth of the EMS industry in Eastern Europe, which always beats the growth rates in Western Europe and showed the audience where the orders come from. High labor cost countries such as Scandinavia are transferring more orders to Eastern Europe in order to cope with the price pressure. 83% of orders manufactured in Estonia are transfers from EMS companies mainly in Scandinavia. In Latvia 49% of the EMS orders come from Kitron either from their factory in Norway or in Sweden. In Poland more than 52% of all revenues are generated by global EMS companies Flex, Jabil and Kimball.

The five biggest EMS in Estonia are Enics, Eolane, Scanfil, Stoneridge and Note. They manufacture about 81% of the Estonian EMS production value. The remaining 16 EMS are all below 20 Mil. EUR in revenues. In addition, there are several electromechanical manufacturing services companies and cable harness manufacturers and OEMs located in Estonia. All these companies were represented at the seminar. There were several university professors and members of different ministries of government present as well. EMS and suppliers from Sweden, Finland, Latvia, Lithuania, Russia, Germany and France showed the high attention this seminar had in Europe.

Incap, an EMS company from Finland with manufacturing facilities in Estonia and India presented their company, representing the smaller EMS in Estonia. Enics, which is represented with manufacturing factories in six different counties, China, Finland, Sweden, Slovakia, Estonia and Switzerland, gave interesting insights as well. One of the biggest OEM in Estonia, ABB, gave a presentation, which caught a lot of attention, as it clearly stated that European manufacturing should be done with European suppliers, whenever possible.

To me the most interesting presentation was the paper given by Sergey Zorin from the Russian Electronics developers and manufacturers association. It gave insight into that market, which is normally not very transparent for people outside Russia. I learned, for example, that there are a total of 60 EMS companies in Russia, even though most of them are relatively small, with less than 20 Mil. EUR in revenues. This allows me to fill a white spot on my European EMS map, where I had only ten Russian EMS so far. The total numbers for Europe have to be corrected accordingly, but the changes are small. I will write another article about it for EMSNOW shortly and you can get more details on my homepage: www.in4ma.de 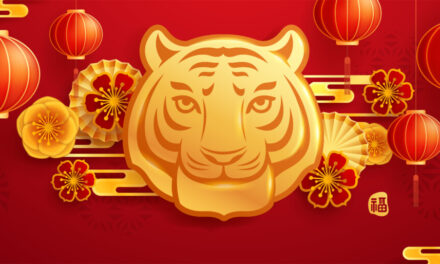