UK manufacturing growth slows, but there are some silver linings…

Like many economic updates recently, the latest IHS Markit UK Manufacturing Purchasing Managers’ Index (PMI) has failed to ignite hopes of an upturn, falling to a 17-month low. Growth in the sector has slowed, however, UK manufacturers remain in growth mode over the all-important 50.1 index figure, at 53.9 for April, albeit lower than the 54.9 for March 2018.

The not so good news…

Slowing growth across the board

Staff levels have increased in investment and intermediate goods. Consumer goods have been hit hard, however, making the first job cuts in over a year.

The slower pace of growth and economic disappointment, as seen in the latest poor gross domestic product (GDP) results, combined with uncertainty about Brexit, barriers to trade and Sterling strength, have led to the lowest optimism in the sector for five months.

Rising stocks and slowing backlogs of work mean the sector is likely to remain subdued with lower output for several months.

This makes it all the more unlikely that the Bank of England (BoE) will raise interest rates again, as concerns about overall economic strength continue.

Inflationary pressures are lower, although they remain high. However, there are some positives we can take from the latest report.

“But if you look behind the disappointing headline index figure, the manufacturing sector in the UK has reported growth every month for nearly two years. This is despite all the economic and political pressures,” observes Johnson.

Growth was reported in consumer, intermediate and investment goods, as all increase output.

“Output has scaled up for manufacturers in the UK, in response to more new business, better weather, strong business confidence over recent months, increased capacity as workforces have grown, and the launch of new products,” says Richard Powell, manufacturing partner at accountants and business advisors, MHA Macintyre Hudson.

“It’s important to bear in mind the sector is still growing, despite the rate of growth slowing down in response to economic pressures.”

Dorrien Peters, head of manufacturing at law firm, Irwin Mitchell, commented on the report, “The sector’s growth has slowed and although this isn’t too surprising bearing in mind what other recent economic barometers have shown, it’s important to remember that overall we are still seeing growth.

“There are concerns for the rest of the year, but I remain optimistic that manufacturers can weather the current uncertainty and that the overall picture for 2018 will be output rises.”

Growing exports, which have seen highs in recent months, have slowed their rate of growth to the lowest in almost a year, but there has been increased demand reported from Europe, Asia and the USA.

Employment is up among UK manufacturers, albeit at a slower rate than we have seen since the end of 2017.

Input and output costs down

Input price inflation slowed to a nine-month low, although it is still high, thanks to the rushing price of raw materials and commodities. Some of these increased costs have been passed on to customers, as end prices were raised, although these costs have slowed to levels last seen in August 2017. 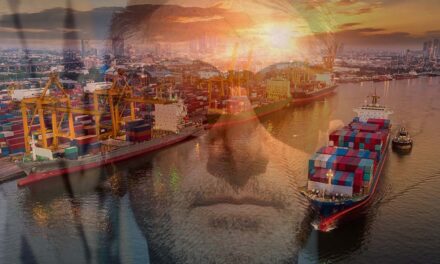