Traditional PC Market Delivers Another Quarter of Double-Digit Growth in Q3 2020, According to IDC

FRAMINGHAM, Mass.– As the global pandemic rages on and many countries around the world enter the second wave of COVID-19 infections, continuity of business and online schooling remain at the forefront of every economy. This led to double-digit growth in the traditional PC market, comprised of desktops, notebooks, and workstations, as global shipments grew 14.6% year over year to 81.3 million units in the third quarter of 2020 (3Q20), according to preliminary results from the International Data Corporation (IDC) Worldwide Quarterly Personal Computing Device Tracker.

“Consumer demand and institutional demand approached record levels in some cases,” said Jitesh Ubrani research manager for IDC’s Mobile Device Trackers. “Gaming, Chromebooks, and in some cases cellular-enabled notebooks were all bright spots during the quarter. Had the market not been hampered by component shortages, notebook shipments would have soared even higher during the third quarter as market appetite was yet unsatiated.”

Unfortunately, shortages of multiple components, such as processors, panels, and other subcomponents, led to missed opportunity for many vendors. “The PC industry rode into the third quarter with a sizeable backlog of unfulfilled orders,” said Linn Huang, research vice president, Devices and Displays at IDC. “And it appears the quarter will end under the same auspices. Given that the shortages have been due more to a shortfall of business planning than a technical glitch, we do not anticipate a sudden surge in capacity. Consequently, this backlog will likely carry into 2021.”

Asia/Pacific (excluding Japan) (APeJ): The Traditional PC market posted a single digit increase in the region with results coming in above IDC’s forecast. Shipments were driven by inventory replenishments and strong demand for notebooks as end users across the region continued to purchase devices for work from home, online learning, and entertainment purposes.

Canada: The Traditional PC market remained extremely active, posting the 17th consecutive quarter of gains. This is the second quarter where COVID-19-related restrictions were in effect, continuing to boost demand from Canadian households and from organizations looking to ensure business continuity through stay-at-home situations. The need for computing devices in Canada should remain high throughout the winter but spending might be impacted by the macro-economic situation, increasing pressure on average selling prices for the foreseeable future.

Japan: The GIGA project through which students all over the country receive PCs and tablets for online learning, as well as strong work-from-home demand helped maintain flat growth in the traditional PC market. The consumer segment declined year over year due to the high baseline set last year by the consumption tax hike and Windows 10 migrations.

Latin America: The traditional PC market posted double-digit growth for first time in five years. Despite price increases and economic contractions in many countries, the demand for portability continues to rise. Higher notebook demand due to work-from-home and online learning sustained the region’s growth, which is expected to continue in most countries into early 2021.

Cars are smart phones on wheels – are you ready? 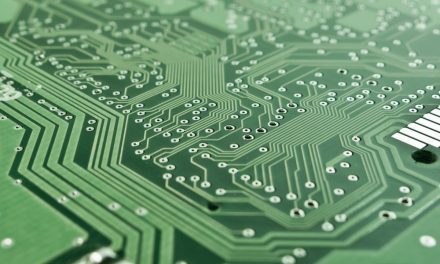