This column is based on data from Global Trade Atlas, IHS Markit.

The US Mexico NAFTA and the EU Japan Economic Partnership Agreement (EPA) could affect US Automotive Exports to EU:

NAFTA: Canada, Mexico, China and EU are the largest importers of US motor cars, by value. Current negotiations between US and Canada could influence trade volumes. On Wednesday, Washington announced that talks between US and Canada could be concluded by the end of the week, while Canadian Foreign Affairs Minister Chrystia Freeland declined to say how close the two sides were.

EU – Japan EPA: Signed on July 17, 2018, it is expected to enter into force in 2019. Tariffs on cars will be lower than EU tariffs on US cars, and eventually eliminated.

Effect on the supply chains and shipping industry

EU is the largest US Export Market by value 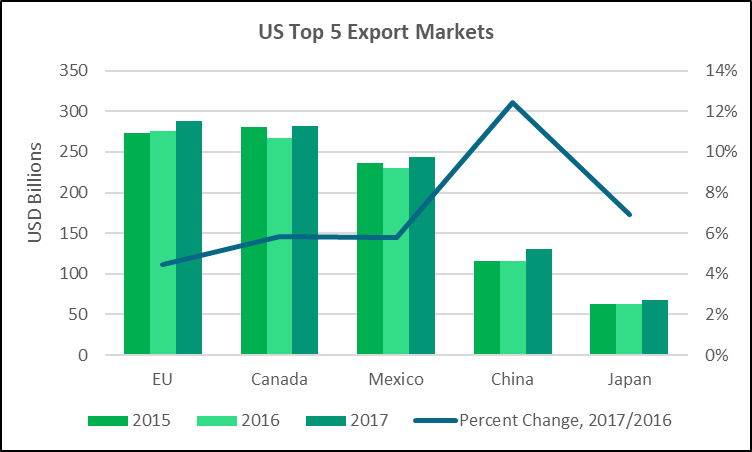 If demand from EU decreases, where can US export instead: 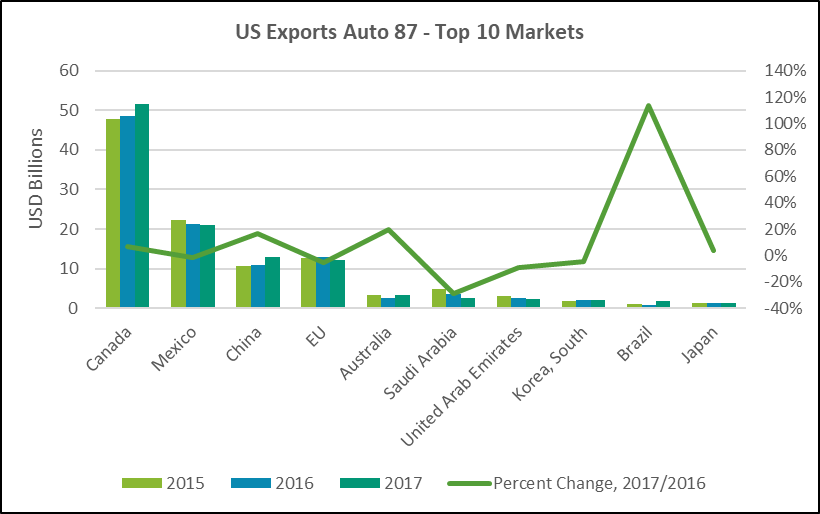 EU import market for Motor Cars in 2017 close to 51 bn and increased at 20%, with US imports decreasing. Several factors might lead to US share decreasing further.

The EU market for motor cars is growing, yet, will demand for US imports continue to decrease?

Several factors will influence demand for US motor cars, among them being higher North American content of manufactured cars of 75%, and requirement of 40-45% of content to be produced at $16 per hour, which will lead to increase in price. Steel and aluminium could also contribute to higher price. Consumer choice will play a role also in determining trade volumes. 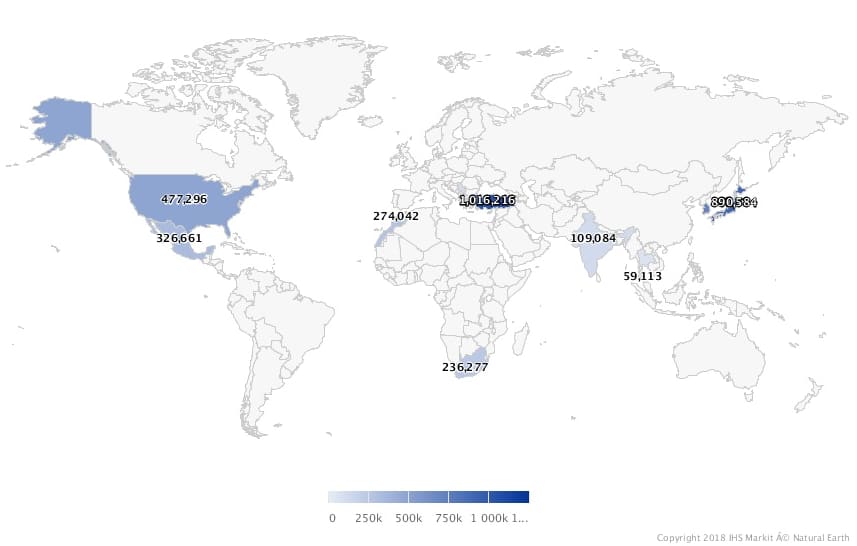 Germany and Belgium import highest volumes of US motor cars among the EU states, with trade volumes decreasing at 7% and respectively 26%, while imports to Lithuania, Netherlands and Poland increased. 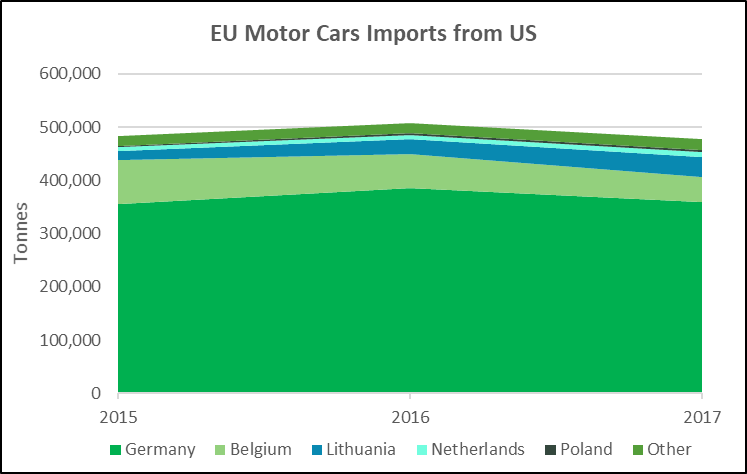 Due to above mentioned factors, EU demand for US cars could decrease. Current US trading partners who account for imported US cars volumes of over 100,000 tonnes outside EU are China, United Arab Emirates, Saudi Arabia, Australia, South Korea, and Nigeria. Although Australia and Nigeria registered the highest increase in volume in 2017, they account for only a small share of the total US vehicles export market, the largest being China and EU.

If EU demand for US cars decreases, it will be difficult for US to expand into other markets to compensate for decreased share as EU supplier.

Research based on trade statistics for the following products:

Five Things To Know about USMCA