Since the handover of Hong Kong by the United Kingdom to China in 1997, Hong Kong has enjoyed separate treatment from the mainland by the United States, other countries and international organizations pursuant to the “one country, two systems” model agreed to by the Chinese government.  The United States-Hong Kong Policy Act of 1992 authorized separate treatment of Hong Kong in trade and economic relations as long as Hong Kong remains “sufficiently autonomous” from the mainland.  Hong Kong’s special privileges under this law, and the laws of other countries, have contributed to Hong Kong’s status as a powerful global financial and trading hub. On March 27, 2020, per a requirement under the Hong Kong Human Rights and Democracy Act of 2019, U.S. Secretary of State Michael Pompeo reported to Congress that the United States no longer considers Hong Kong autonomous from China, stating that “[n]o reasonable person can assert today that Hong Kong maintains a high degree of autonomy from China, given acts on the ground.”  At a press conference on March 29, 2020, President Trump announced that the Administration would begin the process of eliminating special treatment for Hong Kong.  At the same event, the President announced broader measures against China, including suspension of visas for Chinese nationals (including students) determined to pose a risk for stealing technology and trade secrets and withdrawal from the World Health Organization due to China’s handling of the COVID-19 pandemic.

The specifics of how the Administration will curtail Hong Kong’s special status have not yet been determined.  However, President Trump’s announcement today placed all options on the table, including revoking Hong Kong’s status as a separate customs territory, revising U.S. export controls, and imposing sanctions.  We expect further details to emerge in the coming days or weeks.

Secretary of State Pompeo’s statement follows China’s steps to implement a national security law on Hong Kong, which bans secession, subversion of state power, terrorism, and foreign intervention.  The proposal to implement the national security law, which China’s National People’s Congress approved on May 28, 2020, follows a period of anti-government protests throughout Hong Kong that were triggered by a proposed extradition bill.  Pompeo’s announcement also comes at a heightened time of tension in U.S.-China relations.  On the trade front, the U.S. Department of Commerce’s Bureau of Industry and Security (BIS) recently added Chinese companies and institutions to the Entity List for “supporting procurement of items for military end-use in China” or being “complicit in human rights violations and abuses committed in China’s campaign of repression, mass arbitrary detention, forced labor and high-technology surveillance against Uighurs, ethnic Kazakhs, and other members of Muslim minority groups in the Xinjiang Uighur Autonomous Region (XUAR)” (discussed here).  This action comes less than a month after BIS issued new export control rules targeted at commercial companies, especially within China, that do business with military agencies (discussed here) and less than a month after expanding the reach of U.S. export controls to suppliers of semiconductors to Huawei and its affiliates (discussed here).

The following areas are potentially implicated by today’s announcement: 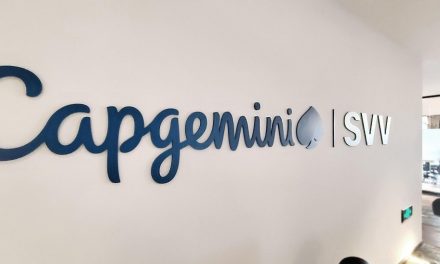