The Real Reason Behind the Automotive Industry IC Shortage — A Step-Function Surge in Demand!

IC Insights has updated and released its comprehensive forecast and analysis of the worldwide semiconductor industry in its January Semiconductor Industry Flash Report, which is included as part of the 2022, 25th edition of The McClean Report service.  Next month, the company will release the first of its four quarterly updates to the service.  The February quarterly update will include, among numerous other topics, an in-depth analysis of the automotive IC market.  An excerpt from this analysis is presented in this Research Bulletin.

The vast majority of the current headlines regarding the auto industry revolve around the semiconductor device shortage that began in earnest in 2021 and has carried over into 2022.  The commonly accepted reason for this shortage is as follows:

In March of 2020, in the very early stages of the Covid-19 pandemic, auto demand plunged worldwide and automakers subsequently began to shut down plants and halt semiconductor orders from their suppliers.  While this was happening, there was a surge in demand for cellphones, TVs, computers, games, and home appliances from a global population that was sheltering in place and increasingly working from home.  As a result, semiconductor suppliers switched their production capacity away from automotive devices to devices that were being used in the other electronic systems that were in higher demand.

When the auto industry came back online in the latter half of 2020, it found that semiconductor suppliers, after having shifted production capacity away from automotive applications, couldn’t meet their renewed demand and a serious shortage ensued.

IC Insights believes that the above scenario is not the primary reason for the IC shortage now impacting the automotive industry.  In IC Insights’ opinion, the real reason behind the automotive IC shortage lies in the surge in demand for automotive ICs in 2021 and not from the semiconductor suppliers’ inability to ramp up production. In fact, device suppliers shipped 30% more IC units to the automotive industry in 2021 as compared to 2020 (Figure 1), which was much greater than the 22% increase in total worldwide IC unit shipments last year.  Moreover, 27% more IC units were shipped to the auto sector in 2021 as compared to the pre-pandemic year of 2019.

In IC Insights’ opinion, the IC suppliers should be recognized for the amazing accomplishment of ramping up and supplying a tremendous amount of IC devices to the auto industry last year.  However, when demand for ICs takes a “step-function” jump, as it did in the auto industry in 2021, there is bound to be a temporary mismatch in the supply/demand situation, which is really what is behind the shortage of IC devices in the automotive electronics industry. 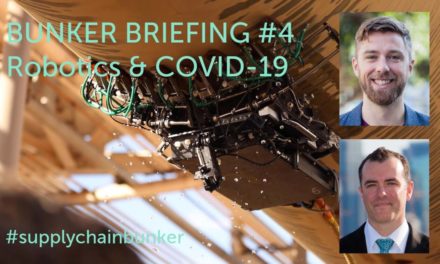