The crisis is not over yet, says Dieter Weiss, in4ma

Can you call it a crisis if the turnover of EMS companies in D-A-CH in 2020 falls by an average of 4.3%? You can, because the deceptive thing about mean values ​​is that they do not show the highs and lows in the distribution of the individual values, but only an average.

With this year’s EMS Europe annual statistics 2020, Weiss Engineering has again set a new record under its in4ma brand. In total, the values ​​of 191 legally independent EMS companies belonging to 152 companies in Europe were evaluated.

In Germany the evaluated sales correspond to over 65% of the German production volume, in Switzerland it is 46%, in Austria 83%, in the Netherlands + Belgium 26% and in the Baltic States, dominated by Estonia, 45%. In addition, companies from Spain, France, Italy, Hungary, Slovenia, Finland, Sweden, Norway and Great Britain took part in the annual statistics and were evaluated partly as countries, partly as country groups. The total sales volume of the evaluated companies corresponds to approx. 20% of the European production volume (calculated on the basis of the 2019 annual values).

As expected, the automotive sector had a strong influence on the companies’ sales with a decline in sales among the reporting companies of over EUR 89 million. In France and Italy, where the automobile shares are higher than in D-A-CH, significantly higher sales declines were also recorded. The effects are currently being extrapolated at the European level and are likely to amount to a total of more than EUR 200 million in minus for the EMS industry.

Surprisingly, however, the slump in the industrial electronics and “measurement-control-rules” segment was significantly higher at minus EUR 272 million. In4ma is currently expecting a total decline in Europe of over 500 million euros in 2020. Exact figures for the projections for the whole of Europe will be available by May.

The medical technology sector recorded the greatest growth with an increase of almost 130 million euros, more than half of which came from Switzerland. As a result, the reporting companies in Switzerland were one of the few countries to have sales growth among the reporting companies in 2020. However, this growth, strongly influenced by the demand for ventilators, is not viewed as sustainable by the companies involved, and Switzerland is the only country in Europe that is planning a decline in sales for 2021.

Otherwise the reporting companies are largely optimistic about the future and are forecasting an average increase of 6.5% in Europe for 2021. In4ma, however, cannot share this confidence.

With a share of sales of around 20%, the automotive industry is an important market segment in Europe and would also like to grow. Unfortunately, this is currently failing due to allocation problems in semiconductors. In particular, 16-bit microcontrollers for multiplexer applications are in great demand and hardly available. It is foreseeable that this problem will continue at least until the end of the 3rd quarter, especially since some wafer fabs in Texas had to stop production in February due to severe weather conditions. Smaller companies in particular, which suffered more on average in 2020, are already complaining massively that they are being left hanging by the distributors. Apparently some distributors are playing with fire, because that will take revenge at some point. Only the 23% increase in the number of reporting companies for the in4ma annual statistics is currently encouraging. This is also due to the fact that the statistics and the 71-page analysis are free for participating reporting companies and do not require membership fees.

In4ma finances the annual statistics completely from donations and crowdfunding by the EMS industry. The higher level of acceptance among companies is also due to the massive support from various industry associations. The Dutch association Federatie van Technologiebranches from Leusden, Netherlands, the Swiss association IG Exact from Männedorf, Switzerland and the Estonian association Estonian Electronics Industries Association from Tallinn, Estonia support the work of in4ma and motivate its members to participate in the statistics. There is still no support from a German association, although paradoxically the majority of EMS members of a German association take part in the in4ma statistics and appreciate the evaluation. In addition, many of these companies in the German-speaking countries support in4ma’s work in crowdfunding financially. Now the global association IPC has stepped in instead, because the IPC understood the importance of these statistics, has become a premium sponsor of in4ma and also promotes the work of in4ma on a global level. The IPC not only supports the work of in4ma, it also supports the entire EMS industry in Europe, conducts management discussion groups, publishes market figures, maintains and publishes the globally recognized specifications for the electronics industry, organizes training courses and certifications for the specifications and sees itself as representing the interests of the electronics industry vis-à-vis public bodies worldwide. 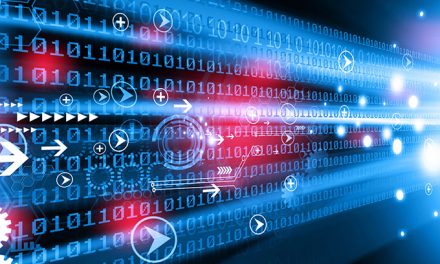