China capacity expansion forecast to push the county into second place in the regional rankings in 2022, trailing only Taiwan in size.

In its Global Wafer Capacity 2020-2024 report, IC Insights breaks down the world’s installed monthly IC wafer capacity by geographic region (or country).  Figure 1 shows the installed IC capacity by region as of December of 2019.

To clarify what the data represents, each regional number is the total installed monthly capacity of fabs located in that region regardless of the headquarters location for the companies that own the fabs.  For example, the wafer capacity that South Korea-based Samsung has installed in the U.S. is counted in the North America capacity total, not in the South Korea capacity total.  The ROW “region” consists primarily of Singapore, Israel, and Malaysia, but also includes countries/regions such as Russia, Belarus, and Australia.

Some observations contained in the Global Wafer Capacity Report 2020-2024 regarding IC capacity trends by region include:

•    As of Dec-2019, Taiwan led the world in wafer capacity with about 22% of worldwide capacity installed in the country.  Taiwan surpassed South Korea in 2015 to become the largest capacity holder after having passed Japan in 2011.  China became a larger wafer capacity holder than Europe for the first time in 2010 and then surpassed North America in 2019.  China held 14% of the world’s capacity at the end of 2019.

•    Taiwan is expected to hold on to the number one position throughout the forecast period.  The country is forecast to add nearly 1.3 billion wafers (200mm-equivalent) in monthly fab capacity between 2019 and 2024.

•    It is expected that China will surpass Japan in 2020 in terms of the amount of installed capacity. Two years later China is predicted to take over the number two spot from South Korea.  The available capacity in China exceeded that of the ROW region for the first time in 2016 and then North America in 2019.

•    China is expected to gain the most percentage points of capacity share over the 2019 to 2024 timeframe. While expectations have been tempered somewhat for the roll out of the large Chinese-led DRAM and NAND fabs now under construction, there is also a substantial amount of wafer capacity coming to China over the next few years from memory manufacturers headquartered in other countries and from local manufacturers of other device types.

•    The share of capacity in North America is projected to decline over the forecast period, with the region’s large fabless supplier industry continuing to rely on foundries, primarily those based in Taiwan. Europe’s share of capacity is also expected to continue shrinking.

U.S. Congress Tees up Tech Directorate to Compete with China, But Will It Work? 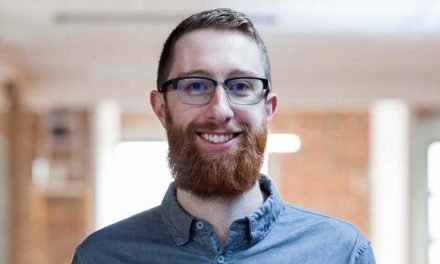 A Heads Up for Chinese New Year