According to the latest TrendForce research, despite the rapid weakening of overall consumer demand in 1H22, DRAM manufacturers previously presented a tough stance on price negotiations and gave little ground, steadily conveying inventory pressure from buyers to sellers. Facing uncertain peak-season demand in 2H22, some DRAM suppliers have begun effectively expressing clear intentions to cut prices, especially in the server field, where demand is relatively stable, in order to reduce inventory pressure. This situation will cause 3Q22 DRAM pricing to drop from the previous 3~8% to nearly 10% QoQ. If a price war is incited due to companies competing for sales, the drop in prices may exceed 10%.

PC OEMs have continuously downgraded their shipment prospects.  With average DRAM inventory levels at more than two months, unless a huge price incentive exists, there is no urgent demand for procurement. At the same time, thanks to continuous adoption of the advanced 1Z/1alpha process, supply continued to increase in 3Q22.  DDR4 output could not be effectively reduced due to high pricing limiting the penetration rate of DDR5. The price decline of PC DRAM in 3Q22 is revised to 5~10%.

At present, server DRAM inventory clients have on hand is approximately 7 to 8 weeks and the buyers’ consensus is that the price of DRAM will continue to fall due to increased inventory pressure on sellers. If manufacturers are willing to provide attractive quotations, buyers are willing to discuss the possibility of volume commitments. As advanced manufacturing processes progress dynamically and terminal consumer products continue to weaken, server DRAM has become the only effective sales outlet. Therefore, Korean manufacturers were the first to signal a willingness to discuss a quarterly pricing reduction of more than 5%, which expanded the decline of server DRAM to 5~10% in 3Q22.

Smartphone production targets continued to be downgraded due to the sluggish economy.  In addition, smartphone brands are also pessimistic regarding future prospects, casting a gloom over their attitude towards materials stocking. However, the output of mobile DRAM still increased in 3Q22 due to the adoption of advanced processes among several manufacturers, increasing pressure on suppliers. This increases the willingness of sellers to offer price concessions. Given the polarized disparity between supply and demand, the pricing decline of mobile DRAM is forecast to expand to 8-13% this quarter.

Demand for graphics DRAM procurement has weakened due to inflation-related reduction in consumer products demand and a faltering cryptocurrency market. At the same time, migrating graphics DRAM production capacity to other types of DRAM products in not as easy as migrating standard DRAM (Commodity DRAM) capacity. Although demand has weakened, it is difficult for suppliers to quickly adjust output. Therefore, they are also facing increasing inventory pressure. Graphics DRAM pricing in 3Q22 is revised to decline 3-8% QoQ.

TV shipments lead the fall and demand related to networking and industrial applications have also shown signs of weakening. The price of DDR3 is currently at a relatively high point and there is plenty of room for pricing to fall in the future. Weak stocking momentum originating from DDR4-related applications does not rule out the possibility of a wider decline. In addition to the expansion of output due to the introduction of advanced processes, Chinese and Taiwanese manufacturers will still add new production capacity in 2H22. The decline in consumer DRAM pricing is forecast to deepen to 8~13% this quarter. 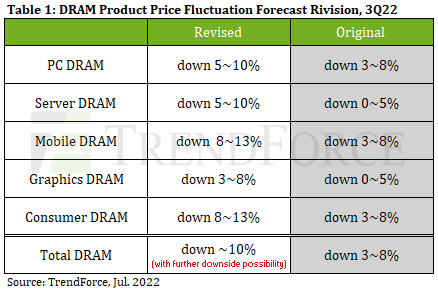 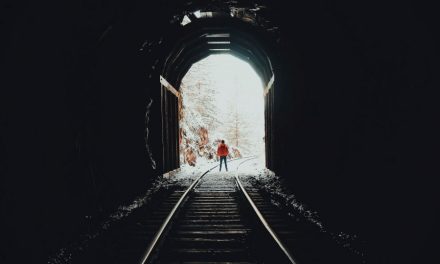 Some Potential Positive Signs in the Economy from TTI’s MarketEye