The company was born covering 16 square meters within the ITESO technology park; now their locations occupy an area of more than 2,500 meters in Zapopan, Queretaro, and Ciudad Juarez.

Their vision to expand according to the industry requirements has not been blurred by the current economic crisis.

On August 19th, 2020 at 11:00 a.m., Smartsol managers set the first foundation stone of the company’s fifth building in Mexico, looking for improving their capabilities, but also for creating more than 60 new formal jobs. 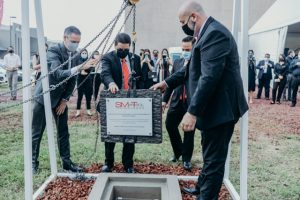 In response to the sanitary protocol, only a select group was invited to the event, composed of Government authorities, representatives of industrial chambers, customers, family members, and Smartsol workers.

The building is an industrial style by the architect Daniel González Oliden, of TEKTON Arquitectura + Construcción architectural firm, this company made the modifications to Building No. 23 of Smartsol in Guadalajara in 2019.

The construction is projected for five months and represents an investment of $ 1M USD land and construction, plus $ 1M USD in equipment. Smartsol is preparing their infrastructure to achieve 40% growth in 2021. This is the fifth building for the company, preparing the announcement of the next expansion in the north of Mexico.

This expansion will improve Smartsol’s distribution capacities, laboratories, demonstration, and training rooms in serving of the industry, in addition to create new formal jobs.

Iván Romo, General Director of Smartsol commented, “If the economy slows down, we must accelerate the pace to counteract the macroeconomic effects. Against this not encouraging backdrop caused by Covid-19 situation, at the end of July we achieved a growth of 12% compared to the same period in the previous year. Revenues are expected to be close with the original planning before the contingency to continue contributing to the growth of the industry in Mexico”. By way of conclusion, Iván thanked the company employees’ efforts who made this achievement possible and the support of their business partners and customers who also make these results a reality.

Keith Bryant of YXLON at Productronica 2017 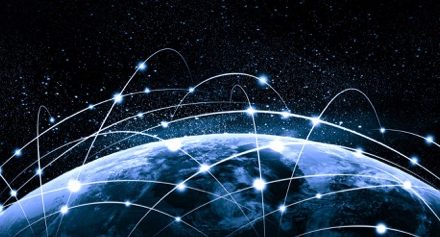 Is Industry 4.0 Really Right Around the Corner?