Semicon Industry in for an Exciting Decade Ahead: Lam Research India

Lam Research is a global leader in wafer fabrication equipment and services since 1980. It is the world’s second-largest semiconductor equipment manufacturer. Lam Research India was established for software development and support in 2000. Now, it provides hardware and software engineering design services, and plays a strategic role as part of the Product Engineering and Global Operations teams.

With a centre in Bengaluru that houses over 800 employees, Lam Research India’s proximity to the customer and supplier base in Asia, as well as 24×7 operational support enabled by the time zone difference with the headquarters in Fremont, CA, makes Lam India an indispensable part of Lam.

While Lam does not manufacture in India, there is a manufacturing support system here that is involved in planning, procurement and logistics that caters to a worldwide network of suppliers and manufacturers.

Innovation in semicon
Let’s look at the work and innovation happening in the semiconductor space.

Krishnan Shrinivasan, MD, Lam Research (India), said: “It is a very exciting time to be in the semiconductor ecosystem. There is a full spectrum of next-generation solutions that we have been working on for about five years now. We have made some headway in its implementation. Non-volatile memory (NVM), which is about the cloud and data storage, driven by the amount of distributed sensors that are collecting data that needs to be stored and monetized, has possibly experienced the highest growth.

“In terms of the logic roadmap, it has already transitioned from the world of planar transistor to the FinFET transistor scheme, and there are further generations of innovation in FinFET technology and a new transistor structure in later architecture.

“This roadmap is a 5-10 year one for the logic industry. While the clearest roadmap for the industry from a technology point is in NVM, all of the elements, logic and memory, including DRAM and NVM, have a technical roadmap, which is as good – if not stronger – than it has been in many years.

“The semiconductor industry is looking at an exciting decade from a technological advancement point of view. The level of innovation is being driven by an increasing number of applications for predictive medicine, autonomous vehicles, innovations in space and climate. All this would not have been possible without silicon.

Shrinivasan added: “The semiconductor industry is facing multiple technology inflections simultaneously. Revolutionary approaches are being sought after in place of incremental or evolutionary scaling strategies in order to provide consumers with smaller, faster and power efficient devices.

“The current inflections are focussed on multiple patterning, FinFET, advanced packaging, and 3D NAND. NAND flash has traditionally been made using two-dimensional (2D) or planar methods. However, in order to squeeze in more memory capacity without having to shrink feature dimensions, 3D NAND provides a viable option. This memory structure is different therefore, it requires new fabrication methods which are being developed. 3D NAND is being driven by several important advantages that it offers, including its ability to deliver higher capacity with a lower cost per bit.

3D NAND
As for 3D NAND, what does it mean for laptops, mobiles devices and servers?

He said: “The 3D NAND vertical architecture relies more on advances in deposition and etch, than lithography, to create critical device structures. However, this raises new manufacturing issues. These manufacturing challenges become even more difficult as the 3D NAND stack heights are expected to scale from ~30-40 layers today to ~60 or more layers in the future – all in pursuit of higher memory density.

“Fortunately, advanced deposition and etch systems have made high-volume production of 3D NAND devices a reality, enabling delivery of high productivity, while minimizing variability. As the demand for greater amounts of digital information grows, 3D NAND and other advanced memory technologies will continue to play a key role in providing higher density storage solutions, and we may soon be carrying around devices with terabytes or even petabytes of memory.

What are the salient features of three-dimensional semiconductor architecture on offer today?

He added: “Three-dimensional (3D) architectures are now the mainstream technology for NAND flash memory. Traditional two-dimensional (2D) scaling, driven by lithography, has hit its physical limitations due to lithography challenges as well as the inability to further scale tunnel oxide.

“Cell-to-cell interference is also a huge problem due to lateral scaling. 3D NAND takes scaling in the vertical direction by stacking memory cells on top of each other. Such vertical scaling greatly improves bit density so that more information can be stored in the same form factor or physical size. Unlike 2D NAND, where scaling is driven by lithography, 3D NAND scaling is driven by deposition and etch capabilities.

“3D NAND is widely adopted in solid state drives (SSDs) and high-end smartphones. The demand for 3D NAND with higher storage capacity is primarily being driven by a large increase in the amount of data being consumed due to more content and connected devices. As the penetration of higher-capability mobile devices such as smartphones goes up, data consumption and, consequently, the need for storage increases.

New apps on silicon
New applications are getting anchored on silicon. Are there any examples?

Shrinivasan said: “Fundamentally, when we talk about new applications, especially with a full range of Internet of Things (IoT) devices now being deployed around the world, there are many sensing applications capitalizing on the silicon fabrication infrastructure. This well-developed infrastructure is being used to create numerous types of sensing capabilities.

“For instance, smartphones feature an accelerometer, which can measure position and acceleration. We also have general packet radio service sensor (GPRS) devices that can measure location and cameras with silicon-based components that are enabling wide-angled high-resolution images to be captured.

“Other technologies that are building on the silicon infrastructure are piezoelectric materials, which are being used in a range of applications, including camera autofocus, microphones, and piezoelectric micromachined ultrasonic transducers (PMUTs) used as fingerprint sensors.

“From that perspective, we can see that the silicon infrastructure is beginning to perform varied functions previously performed by nonintegrated technologies. That kind of capability is now being embedded in the IoT world, where designers are able to use distributed devices to perform a myriad of functions like detecting toxic chemicals, capturing images, and sensing seismic activity.

“Another interesting revolutionary application of silicon is in the medical diagnostics domain. An example of this is where it could help provide remote healthcare locations with technologies for diagnosing infectious diseases and health conditions. This technology is manufactured using the same process for making the chips that power smartphones and other electronics.

“Though still in its nascent stage, it could drastically reduce the cost of medical diagnostics, a rapidly growing area in healthcare, a segment that holds great potential.

IoT apps to the fore
What are the IoT applications that can be used leveraging the 300 mm technology solutions?

Shrinivasan noted: “IoT sensing devices can be used for a range of activities, like security applications that capture images or to detect/measure toxic materials, temperature, pressure, air quality, etc. IoT devices have also found favor in industries with large installations, like petrochemical plants that cover many kilometers of open space and have numerous widely distributed instruments.

“Traditionally, signals from instruments for all of these applications were acquired over wired connections. However, IoT technologies now offer wireless connectivity using very little power. This is significant as it reduces the risk of an accident in hazardous areas.

“On an even larger scale, the IoT is transforming the way our cities look and function. It is significantly impacting the way we live, for example, by managing air quality, traffic, parking, and waste. The automobile sector is also witnessing the application of IoT as self-driving cars are becoming a reality.

“Significant design work will come from India, although most semiconductor components will be imported as the country does not yet have a domestic manufacturing unit. However, multiple discussions and conversations are currently being organized by industry bodies such as the India Electronics and Semiconductor Association (IESA), with the government, to create the right policy framework with which people can be incentivized to build semiconductor plants in India.

“While many Indian technologists already perform various design functions within the semiconductor industry, prototyping and volume manufacturing often happens outside of India, limiting feedback on design work. However, with the involvement of various industry bodies and the burgeoning electronics market, the future for the semiconductor industry in India is bright.” 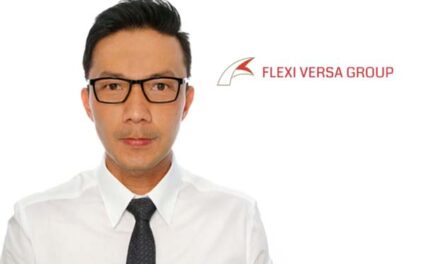 U.S. Department of Commerce to Expand Restrictions on Exports to Russia in Response to Chemical Weapons Poisoning