For the past several months, U.S. Department of Commerce officials have been developing proposals to amend the foreign direct product rule to require a license for the use of U.S.-origin semiconductor manufacturing equipment or technology in producing semiconductor devices for Huawei and its affiliates. Commerce has also advanced proposals to amend the de minimis rule to expand license requirements for shipments to Huawei and its affiliates of semiconductors produced outside the U.S. and incorporating minimal amounts of non-sensitive U.S. content.

The expansion of both rules is among the many Huawei-related actions the administration is pursuing that include a government procurement ban, replacing Huawei equipment in rural U.S. networks, and prohibiting imports of technology and services from unspecified foreign adversary nations.

The de minimis proposal was under final interagency review, and the direct product rule next in line for further action, when on February 18 President Trump issued a tweet saying that “The United States cannot & will not, become such a difficult place to deal with in terms of foreign countries buying our product, including for the always used National Security excuse, that our companies will be forced to leave in order to remain competitive.”

Speaking to reporters later that day, the president, referring to chipmakers and Huawei, said “I think people were getting carried away with it… Things are put on my desk that have nothing to do with national security.”

This week, SEMI President and CEO Ajit Manocha sent President Trump a thank-you letter for his comments and warned that the proposals could severely impact the U.S. and global semiconductor and electronics industries, create confusion and uncertainty in manufacturing supply chains, reduce investment in new capacity, and lead to the design-out of U.S. technology and U.S. components. SEMI also stressed that unilateral controls on U.S.-origin semiconductor devices, equipment, materials and technology could significantly and disproportionately harm U.S. companies, and serve as a disincentive for further investments and innovation in the U.S.

SEMI continues to work with policymakers to build awareness of the damaging and far-reaching effects of these proposals. The 2020 sales forecast for the global semiconductor manufacturing equipment market, excluding the U.S. (since the proposals only directly affect non-U.S. fabs), is approximately $53 billion. With U.S. producers accounting for roughly 40 percent market share, over $21 billion in U.S. equipment sales to non-U.S. fabs could be affected. Non-U.S. suppliers whose equipment incorporates U.S.-origin components and technology could also be impacted, and every fab worldwide using U.S.-origin manufacturing equipment or technology to produce items destined for Huawei would need to stop their use immediately and file for a license and/or remove U.S.-origin equipment and technology from production lines used for Huawei and its affiliates.

The president’s remarks, along with the resignation of two key officials supporting the proposals, have created uncertainty around the next steps. SEMI is holding regular conference calls to keep members up to date and developing strong messages for members to use in their communications with government officials. SEMI Advocacy in Washington remains actively engaged with executive and congressional officials to ensure that U.S. export controls are narrowly tailored to specific national security concerns and applied at the multilateral level with major trading partners. 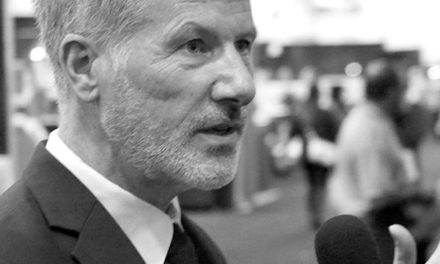 Deadline Approaching for European Creatives to Apply for the Worth Partnership