According to TrendForce research, North American data centers saw an improvement in components supply after February, driving a recovery in purchase order volume. As Server brands returned to normal in-office work following the pandemic, the increase in capital expenditures on related information equipment has also boosted order growth. The addition of Kioxia’s raw material contamination incident led to an increase in the pricing of certain rush orders, pushing up overall Enterprise SSD revenue in 1Q22 to US$5.58 billion, or 14.1% growth QoQ.

According to TrendForce, Samsung and SK hynix (including Solidigm) were the top two players in 1Q22. At the beginning of the year, demand from hyperscale data centers resulted in high inventory levels due to component mismatches, leading Samsung’s order growth missing expectations. However, as repercussions from the WDC and Kioxia contamination incident hit NAND Flash production capacity in 1Q22, server customers quickly turned to Samsung for additional orders, driving the company’s 1Q22 revenue to US$2.77 billion, up 14.8% QoQ.

Solidigm’s bit shipments are still on par with 4Q21 even amid tight (SSD) control chip supply. On the other hand, SK hynix continued to expand its partnership with a single client in North America, driving SK Group’s enterprise SSD revenue up by 10.7% to US$1.35 billion. The company’s primary goal this year is to expand SSD shipments, hoping to regain market share lost in the past two years due to insufficiencies in the supply chain.

Micron, ranked third, saw its market share rebound significantly this quarter, reflecting the company’s determination to expand its enterprise SSD market share. It also posted the industry’s highest revenue growth, at 32.6% QoQ to US$610 million. Although Micron’s primary clients remain server brands and the SATA interface is still its main product, volume is also ramping up on the company’s 96-layer PCIe 4.0 SSD, driving revenue growth this quarter to outperform other competitors. TrendForce indicates that Micron’s PCIe 4.0 products are expected to pass verification by North American hyperscale data center clients in 3Q22 and begin to ramp up volume. Though, the only way to ensure its future growth momentum is by increasing shipments of mainstream PCIe product.

Kioxia originally had the opportunity to usher in substantial growth in PCIe 4.0 product shipments this year. With verification completed among a number of Chinese customers at the end of 2021, there was a significant increase in shipments to the Chinese market in 1Q22. In particular, with mass production of PCIe 5.0 SSDs following up in 2H22, there will be opportunities to further expand partnerships with hyperscale data center clients. Although the contamination incident affected the confidence of some clients regarding partnership, resulting in a slowdown in enterprise SSD shipments, the volume of PCIe interface products still drove quarterly revenue up by 11.9% to US$470 million, ranking fourth.

Western Digital, ranked fifth, posted $380 million in enterprise SSD revenue in 1Q22, largely flat QoQ. The competitive strength of its enterprise SSD products is less obvious, due to the continuous decline in the supply of its previously predominant SAS products, in addition to the current dominance of PCIe 3.0 products and PCIe 4.0 products not shipping until 2H22. Given that the company’s mass production schedule and production process of PCIe 4.0 products is lagging behind competitors, the possibility of a substantial increase in shipments is not high. Unless the development of next-generation PCIe 5.0 products can be accelerated moving forward, there is a risk that the company’s market share will continue to erode.

Benchmark Teams with NASA to Develop Technology for Interplanetary Space

Impact of USMCA on Auto Industry in Mexico 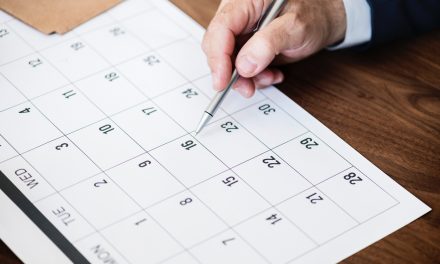