The deal is expected to close by year’s end and has been approved by the boards of both companies. Renesas was founded in 2002 and has nearly 21,000 employees. Reality was founded in 2016 and lists a staff of eight officers on its website.

Renesas said in a statement that the acquisition will enhance its endpoint AI capability to help system developers make their products ready for what it calls the Artificial Intelligence of Things. Renesas now makes software to allow AI to be embedded into its low-power microcontrollers and microprocessors.

Buying Reality AI will allow Renesas to expand its in-house ability to provide hardware and software endpoints for the industrial internet of things, consumer and auto applications.

On its website, Reality features a partnership with Infineon and Tier 1 auto suppliers for Automotive SWS to allow cars to see around corners with sound as a supplement to ADAS and collision avoidance systems based on camera, lidar and radar. SWS is made up of an array of microphones on the outside of a car to detect and locate emergency vehicles, cars, joggers and other road occupants. A video shows a display on the driver’s side windshield of the emergency vehicle or other object and the direction it is coming from.

The company also makes RealityCheck AD for equipment monitoring and testing in factories.

Renesas said in a release it will acquire Reality AI’s experts to bring an AIoT center of excellence to Maryland.

The two companies have already collaborated in the past and the purchase will allow customers to have more advanced solutions, according to Stuart Feffer, CEO of Reality AI.

IPC and iNEMI Sign Memorandum of Understanding, Strengthening Collaboration Focused on the Future of Electronics Manufacturing 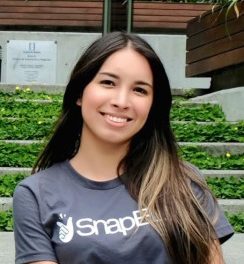 Samtec and SnapEDA Team Up to Speed Design Process

MicroCare Chemist Recognized For Pursuit of Excellence in Surface Finishing