Board of Directors to Conduct National Search for New CEO

MINNEAPOLIS – Rich Wasielewski, president and CEO of Nortech Systems, Inc. (NASDAQ: NSYS), today announced he will be retiring. Nortech Systems’ board of directors has retained an executive recruitment firm to assist in its national search to identify Wasielewski’s replacement. He will continue to lead the company during the search and subsequent transition period.

“Rich has been, and continues to be, an invaluable contributor to Nortech’s growth and evolution,” said David Kunin, Nortech Systems’ chairman of the board. “The vision he developed and spearheaded includes a global solutions footprint, expanded medical-market presence, enhanced value-added services and an innovative R&D culture.

“We are grateful for Rich’s ongoing leadership and this orderly transition will benefit our company, employees, customers, shareholders and other stakeholders,” added Kunin. “This is one of the board’s most significant responsibilities and a top priority for management.”

“Succession plan has been discussed with the board for some time,” said Wasielewski. “The timing is right for me – and for Nortech – to make this transition. We have a strong track record of accomplishment and many opportunities on the horizon. Leading Nortech has been the highlight of my professional life and it’s one of my greatest responsibilities to help find and support a successor who values our people, who understands our customers and who can help guide Nortech into its next chapter of success.”

During Wasielewski’s tenure, the company made several strategic investments and acquisitions, broadened its customer base and strengthened its international and domestic capabilities. In the U.S., the 2015 investment in Devicix’s medical device engineering expanded Nortech’s innovative design solutions and comprehensive product development capabilities.

In Mexico, printed circuit board technology was added to Nortech’s custom cable services in 2014, providing increased value-added and box-build opportunities; plans are underway to relocate to a new, larger facility by the end of this year. In 2016, Nortech opened a greenfield facility in Suzhou, China, to serve existing global customers and reach new, fast-growing regional markets in Asia.

Nortech Systems (www.nortechsys.com), based in Maple Grove, Minn., is a full-service electronics manufacturing services (EMS) provider of complex interconnect solutions, printed circuit board assemblies and diagnostic repair and integration services including higher-level assemblies and box builds for a wide range of industries. Markets served include industrial and commercial equipment, medical device, and aerospace & defense. Nortech has a range of specialized, high-tech facilities in the U.S., Latin America and Asia used for customized design, manufacture, testing and repair of its solutions. Nortech Systems is traded on the NASDAQ Stock Market under the symbol NSYS. 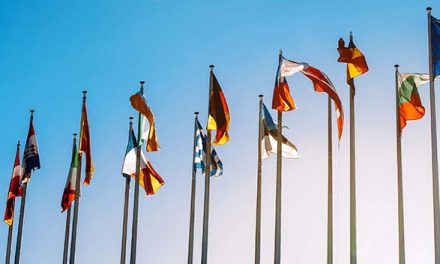 EMSNOW On Tour – AsteelFlash and Prufrex