Gender pay gaps for UK jobs are as much as £15,000, according to new research.

The research, from accountancy firm SJD, looks into the salaries of the UK’s workers and highlights the impact the gender pay gap has on people’s daily lives.

In the manufacturing industry, females in a permanent role are paid 13% less than males for the same job. This is the equivalent cost of two 2 week holidays abroad for a family of 4 every year.

In some industries, females were found to be paid up to 49% less than their male counterparts for the same role. Although, this wasn’t the case for every worker as the data highlighted that contractors were much more likely to earn a similar amount, regardless of gender.

The results are in places surprising, with the IT and Engineering sectors having the largest pay gaps at 30%. Or put another way, £15,750 or 50% of the average cost of a wedding or £10,000, enough to feed a family of 4 for 3 years. While in the Creative Media industry, which covers marketing and advertising roles, the pay gap is the equivalent cost of travelling the world for 9 months.

The gender pay gap has been an increasingly important and developing conversation for the last couple of years within the media and government. Increasing pressure has been put on businesses to disclose their gender pay gaps and redress the balance to aim for more equal pay.

UK accountancy firm, SJD, have completed a survey of 1000 British contractors, gathering data on their salary, to understand which sectors are closing the gap and which are still struggling to find parity. The information, which pulls in data from their UK wide survey and official government reporting has been launched as an interactive tool to help workers understand how badly their industry is affected.

Derek Kelly, CEO at SJD Accountancy said “The tool helps to give workers, whether in permanent or temporary roles, more of an insight into the pay gap within their industry. This improves understanding of the pay issues within certain sectors”

This information provided figures which highlighted the percentage difference between male and female full-time workers based on the average salaries for specific sectors.

With the news from the Institute for Fiscal Studies, that 40% of young people are struggling to afford the deposit for their own home, the figure that females in the finance industry are missing out on the equivalent of 54% of the average UK home deposit is particularly shocking.

The results highlight that more needs to be done to close this gap, especially as contractors can see themselves earning more than their full-time counterparts with women in some sectors (healthcare) actually earning more than men with day rates in some places being, on average, £202 higher.

Derek Kelly said “The gender pay gap has been a topic of increasing conversation, putting the difference in salary into real terms has been shocking” he added “this information now highlights the genuine impact that this can have not only on employees but their families and long-term prospects.” 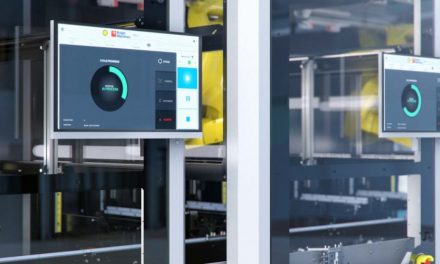 Asia-Pacific is Expected to Dominate the Blockchain in Manufacturing Market, Reports ResearchAndMarkets.com