WASHINGTON—Following the historic enactment of the CHIPS and Science Act to reinvigorate domestic semiconductor manufacturing and research, the Semiconductor Industry Association (SIA) and the Boston Consulting Group (BCG) today released a report finding continued U.S. leadership in semiconductor design—the critical and high-value-add mapping of a chip’s intricate circuitry—is essential to America’s sustained leadership in semiconductors and the many technologies they enable. The report, titled “The Growing Challenge of Semiconductor Design Leadership,” identifies three key challenges facing the U.S. chip design sector and highlights opportunities to strengthen America’s position as a global semiconductor innovation and workforce leader.

The report finds that a federal investment in semiconductor design and R&D of approximately $20 billion to $30 billion through 2030—including $15 billion to $20 billion for an investment tax credit for semiconductor design—will help maintain long-term U.S. chip design leadership. Such an investment would fortify the U.S. design ecosystem, support training and employment for more than 150,000 jobs across the economy, and help the U.S. win the global competition for key semiconductor-dependent innovations of the future, according to the report. The CHIPS and Science Act—now codified in 15 U.S.C. Ch. 72A § 4651-4659—includes a critical investment tax credit for semiconductor manufacturing, but not for design. The SIA-BCG report also highlights the importance of promoting STEM workforce development and ensuring open access to global markets, among other priorities.

The United States has long been the leader in semiconductor design, which has enabled the U.S. to foster key innovations across the digital economy in areas such as artificial intelligence, 5G communications, robotics, digital healthcare, and autonomous vehicles. The U.S. has built-in advantages in chip design, including being home to the world’s best universities and a highly skilled workforce. Global competition in chip design is increasing, however, as other countries actively support the development of their own design sectors. For example, China’s fabless chip sector doubled in revenue—from $12 billion to $24 billion—between 2017 to 2020.

“America’s longstanding leadership in semiconductor design has spurred exciting technological advancements, promoted economic growth, and fortified national security,” said Matt Johnson, president and CEO of Silicon Labs and 2023 SIA chair. “Building on the momentum from the recent enactment of the CHIPS and Science Act to strengthen domestic semiconductor manufacturing and research, leaders in Washington should increase focus on maintaining and even extending our semiconductor design leadership that is so fundamental to our country’s future.”

U.S. leadership in semiconductor design has improved America’s ability to shape technical standards, enhanced national security, and created spill-over benefits for adjacent industries. America’s share of overall semiconductor industry revenues has, however, declined from 50% in 2015 to 46% in 2020. Without action, U.S. market share could decline further in the years ahead, according to the study, as global competitors make significant investments.

The report identifies three critical challenges the U.S. must address to defend its leadership position in design and reap the associated downstream benefits of design leadership:

To maintain U.S. semiconductor leadership in the coming decade and continue to develop the semiconductors critical for the innovation so many industries rely on, the report finds the U.S. private sector will need to invest $400 billion to $500 billion in design over the next 10 years. This can be incentivized through an increased R&D tax incentive. America’s current incentive is weaker than incentives offered by our global competitors and should be strengthened.

“Innovations in semiconductor design have made all sectors of the U.S. economy, from farming to manufacturing, more effective and efficient,” said John Neuffer, SIA president and CEO. “We should not take for granted America’s current leadership position in chip design. To ensure economic growth and prosperity for decades to come, Congress should pass an investment tax credit for semiconductor design, attract and retain the world’s top innovative minds, and promote open markets around the world.” 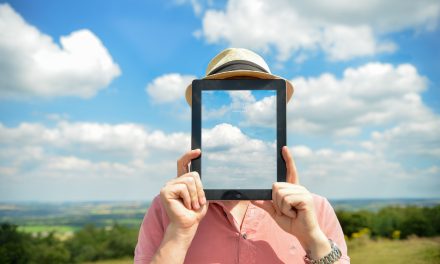 YMTC Could Abandon Market for 3D NAND Flash by 2024 Following US Government’s Decision to Place It on Entity List, Says TrendForce