From the first satellites fired into orbit to man’s first triumphant step on the moon, the idea of space travel has sparked imaginations across the globe for decades.

Katie Evans, Space Specialist, at Space A Private Frontier, commented, “Looking at who will win the space race, there’s plenty of tough contenders and it’s fascinating to drill down to the cost of each project. Though Jeff Bezos’ Blue Origin is hot on the heels to space, we think SpaceX will be the first to achieve its goal especially given that Elon Musk recently tested Falcon Heavy. Having said that, other space launch companies are pouring money into their projects; either way the mere thought of being able to reach space, is extremely exciting and our recent project only serves to highlight that excitement.”

Now, the very same launch pad at the Kennedy Space Centre that once saw Apollo 11 soar for the moon recently launched a rocket to truly signal the next generation of space travel – Space X. Whereas once there were a handful of nations competing to reach the stars, now there are countless global companies all fighting for a slice of the sky pie.

The rest of us can still only dream of one day experiencing space travel too, but who exactly will take us there?

In a brand new interactive piece, Space: A Private Frontier, explore the latest launch technology for the biggest players in the global space race and how the organisations came to be, along with how much it costs to send up one of their rockets!

The companies compared include:

From Space X’s iconic Falcon 9 rocket that led to a Tesla drifting through space, to United Launch Alliance’s aptly-named Vulcan rocket – the race to space is getting faster every time, but hasn’t been without its drawbacks.

Estimates for the full launches of each rocket can vary depending on what technical issues have been hit – which is why the predictions on the piece are based on the very latest launch dates that the companies or government agencies have provided – and of course, for some of them – footage of them being launched!

To get an educational overview of what the biggest players in the space industry are up to, and how far they are from their plans of space domination – look no further.

Additional US$ 1B Will be Spent for the Extended Enterprise Environment by 2022, IDC Predicts 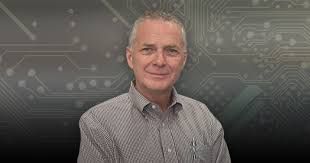 Throwback Thursday: A Retrospective on Charlie Barnhart’s “Beyond Outsourcing”