Washington, D.C. – National Association of Manufacturers (NAM) President and CEO Jay Timmons released the following statement on Tax Day celebrating the ways in which the historic new tax law continues to supercharge manufacturing and announcing the “Keeping Our Promise” campaign—a new series of original stories from manufacturers about the impact tax reform has had on their businesses and workers.

“As revealed by our latest Manufacturers’ Outlook Survey, manufacturers’ optimism continues to soar following tax reform, with small manufacturers more optimistic about the future than ever. Manufacturing workers will reap the benefits of the new tax code, with manufacturers’ predictions for employment growth and investment at the highest level in the survey’s 20-year history. On top of that, wages are projected to grow at the fastest rate in 17 years,” said Timmons.

“It’s stunning that there are still doubters, deniers and detractors who want to undo this progress and take the rug out from under America’s manufacturing workers. That’s why we will continue to tell our story—and stand with those who stood with manufacturing workers. Congress and the President delivered on their promises, and now manufacturers, through our ‘Keeping Our Promise’ campaign, will show how we are delivering on ours.

“Indeed, this Tax Day is cause for celebration because after today, manufacturers and manufacturing workers will no longer have to think about the old, outdated, anticompetitive tax code of the past. Thanks to the Tax Cuts and Jobs Act, manufacturers have been given the tools to create jobs, offer raises, expand facilities and compete and win in the global economy.”

“Keeping Our Promise” will be bolstered by targeted, digital advertising buys and start with Ariel Corporation of Mt. Vernon, Ohio, which plans to boost employee pay and benefits in the wake of the new tax law.”

The launch of “Keeping Our Promise” follows the release of the NAM’s first quarter Manufacturers’ Outlook survey, which President Trump highlighted in the White House Rose Garden. The survey shows optimism among manufacturers at its second-highest level ever recorded (93.5 percent) in the 20-year history of the survey, and optimism among small manufacturers at its highest level ever recorded (94.5 percent). Also, NAM Chief Economist Chad Moutray testified before the Joint Economic Committee on how tax reform has been “rocket fuel” for manufacturing. Moutray also wrote an op-ed in The Hill. 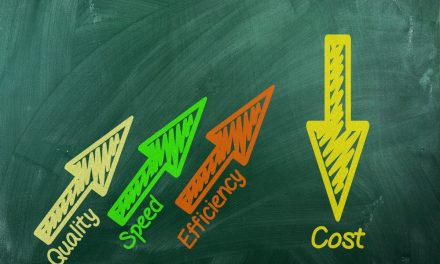 How to Improve Your Cost Model

AR/VR Headsets Return to Growth in the First Quarter As New Models and Use Cases Restore Momentum to the Market, According to IDC