The manufacturing sector has been the powerhouse of British Industry since the industrial revolution. Ingenuity and reinvention have long been the watchwords of innovative fabricators and manufacturers can see the competitive opportunities of digitisation and Industry 4.0. There’s a real sense of energy and urgency as manufacturers strive to realise the benefits against a backdrop where more than 80% fear that changes in customer preferences or behaviour are likely to cause major disruption.

UK Government is right behind this ambition, with a stated aim to make the UK a global leader in Industrial Digitalisation by 2030 and recognising that the huge “prize” ‘offers the promise of recapturing the UK’s industrial spirit as a nation of ‘creators and makers’.” However, there are critical challenges ahead, not least of which is a shortage of the skills needed to make the vision of future UK manufacturing a reality.

As manufacturers navigate the complex landscape of new, disruptive technology against a backdrop of legacy practices and systems and an aging workforce, they need a lubricant to oil the machine and get the past working with the future.

Industry 4.0 – bridging the chasm to a digital future

There is an exciting array of innovations coming on stream in manufacturing, grouped under the Industry 4.0 banner. Some improve efficiency, such as Industrial IoT sensors aiding predictive maintenance in the factory and big data enabling precise supply chain management. Others use advanced industrial robotics and automation to enhance the manufacturing process in the existing factory environment. The most exciting advances restructure the manufacturing process entirely; 3D printing/additive manufacturing revolutionises the way that products are conceived, prototyped and created, allowing product individualisation and experimentation at levels previously impossible.

As these technologies begin to mature, the kinds of products manufacturers aim to deliver and the models they want to adopt are also changing.

A trend that we are seeing among customers is “servitisation.” Manufacturers don’t want to send a product – an engine, for example – out of the factory and never engage with it again. They want to build in service features such as IoT-based predictive maintenance and over-the-air software updates, strengthening their customer relationship and opening new revenue channels. For the ultimate hardware-based industry, this is an immense paradigm shift that demands back-end IT systems are modernised and capable of supporting these innovations. Integrating new and legacy systems is where problems are emerging.

Walk around most factories today – particularly in the SME sector – and the number of green screen VDUs in evidence makes it clear that, outside the most well-resourced, cutting edge companies, there’s a huge amount of work to be done to bridge the chasm between the present and the future.

This is a major challenge because there simply aren’t enough skilled developers and digital engineers working in the manufacturing sector today to make this ambition a reality.

Furthermore, reliance on outdated technology is preventing manufacturers from tapping into the latest talent coming out of universities. Millennials make up a large proportion of the workforce and they are used to far more advanced applications that they have used in other work environments or at home. Therefore, coming into an organisation and trying to work from a green screen system is not attractive.

At the same time, the workforce that designed the legacy IT systems on which factories run is aging. As these industry veterans approach retirement, there is no new talent to replace them; there’s no desire to learn programming languages that are seen as obsolete.

It’s an industry-wide problem and a ticking time bomb: the lack of a modern environment and tempting narrative to encourage new workers into what is potentially a very lucrative, cutting-edge industry.

Our recent annual State of Application Development survey shed light on the real-world effects of this skills shortage. We found that the manufacturing sector is significantly lagging behind other industries when it comes to resourcing its digital transformation ambitions and transforming its own systems. 64% of manufacturers say they have application development backlogs and more than a quarter (27%) said their backlog consisted of more than 10 apps. Manufacturing respondents reported slower than average software delivery times, with only 54% able to deliver apps in four months or less. The causes of these delays are familiar: lack of clarity over requirements; difficulties integrating with legacy systems and a lack of APIs; security and penetration testing concerns, and a lack of technical skills in the workforce.

Perhaps as a consequence, the sector rates its digital transformation maturity lower than comparable industries such as aerospace and automotive.

Yet manufacturers are fully aware that transformation is critical. More than 80% of the manufacturers we surveyed feared that significant changes in customer preference or behaviour were likely to disrupt their business. In response, they are ramping up application development, with the number of apps scheduled for delivery in 2019 50% higher than the previous year. This growing demand, against a background of recruitment difficulties that see almost 70% of manufacturers finding it difficult or very difficult to recruit skills such as AI/ML specialists and other key roles, mean that there is enormous pressure on existing developer teams.

Fundamentally, right now manufacturers are faced with the necessity of doing more with less. Resource efficiency and boosting the productivity of existing teams must be the focus, because new talent isn’t going to spring up overnight. They need to transform their approach and, rather like how additive manufacturing is disrupting the fabrication process, low-code application development platforms can disrupt the app development process, moving it from a waterfall approach to an agile, iterative strategy supporting the fast experimentation central to Industry 4.0.

Low-code development is starting to make its mark in manufacturing, enabling skilled developers to work faster, while helping those with lower skill levels perform higher value tasks and reducing app backlogs. It is also an elegant solution to the challenge of integrating with legacy systems, helping manufacturers to overcome the hurdle of modernisation without having to rely on legacy technical skills.

But adoption is far from universal. Just 31% of those we surveyed said that they were already using a low-code platform, although 15% said they were about to start. Yet among all organisations that use low-code, software delivery is reported to be faster, digital transformation maturity is higher and there is more effort devoted to innovation compared with maintenance.

As such, low-code has the potential to be a cornerstone of future UK manufacturing as the lubricant that gets the systems of the past working with the exciting possibilities of the future – despite the skills shortage. It’s a solution to the current chicken-and-egg situation, where in order to attract new talent to the sector, manufacturing needs to make the first moves to show that it is capable of seizing the opportunities of Industry 4.0 and becoming an exciting and rewarding career choice.

When it achieves this, UK manufacturing will be on course to realise the government’s ambition of leading in industrial digitalisation, and becoming once more an engine of UK productivity. 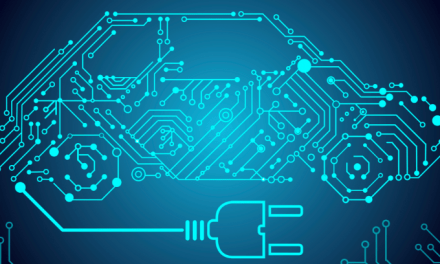 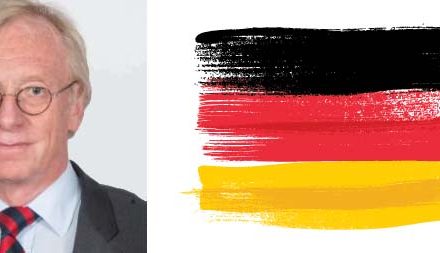