In 2022, the United States, China, and the United Kingdom will actively promote the deployment of low Earth orbit (LEO) satellites. According to TrendForce, growth momentum comes from a sharp rise in International Telecommunications Union (ITU) demand for orbits, spectrum specifications, and global bandwidth. In addition, Satellite Internet is regarded as a primary communications solution for remote villages, rural areas, and sea and air transportation. A Hybrid Network can be developed to improve bandwidth and coverage through a combination of satellite communications technology and terrestrial networks. TrendForce forecasts that by 2023 the global output value of the satellite industry can reach US$308.3 billion, with an annual growth rate of 4.5%.

At present, LEO satellites are very mature military and defense applications but are still in early stage development in terms of commercial and civilian applications. With the continuous progress of satellite miniaturization and payload systems, the current space market is rapidly developing towards commercialization with major companies including SpaceX, OneWeb, Telesat, Viasat, and Amazon actively deploying LEO satellites, transforming this market into an intense battlefield.

LEO satellites provide communication complementarity, become a supplement and alternative to terrestrial networks, strengthen M2M links, and integrate B5G/6G hybrid solutions that are currently being developed and tested. Due to conforming to the Non-Terrestrial Network (NTN) planning and applications strategy formulated by 3GPP Rel-17, there have been more partnership opportunities in the mobile communication and satellite communication industry chain and this is expected to create a new industrial pattern.

At the same time, LEO satellites have the advantages of high transmission, low latency, and full coverage, which will assist in the development of the Internet of Vehicles, smart manufacturing, smart transportation, and smart logistics. Tech giants are taking this opportunity to explore business opportunities in the space industry and combine this technology with the Internet of Things, machine learning, and artificial intelligence to expand operations and increase commercial value, such as combining satellite networks with transportation and hybrid network applications. The aviation industry will explore the problem of in-flight connections. LEO satellites, existing medium Earth orbit (MEO) satellites, and the global navigation satellite system (GNSS) solution will be integrated and used to provide PNT (Positioning, Navigation, Timing) services.

Due to satellite networking, the service time provided by a single individual unit to a ground receiving station is limited and LEO satellites do not operate in geosynchronous manner, so self-managed collision protection between satellites, system communication management, and ground-side reception and tracking are both challenges and opportunities. To this end, a Phased Array Antenna solution is suitable for ground equipment tasked to maintain connections with LEO satellites, which generates multiple beams through a beamforming network to support multiple satellites at the same time. A phased array antenna is similar to 5GmmWave technology.

According to TrendForce, looking at Taiwan’s satellite-related manufacturers, with the rise of the LEO satellite market, MTI Technology, Wistron NeWeb, Kinpo Electronics, Universal Microwave Technology, Tong Hsing Electronic, WIN Semiconductors, and AcBel Polytech, have all stepped up planning, of which global ground equipment output value accounts for the lion’s share of the satellite industry at approximately 51% in 2021. With huge worldwide space business opportunities, Taiwanese manufacturers are actively entering the market for components and ground equipment, taking this opportunity to familiarize themselves with key specifications and even entertaining an ambition to join the Core Group in the future.

On the other hand, as various satellite operators continue deployment, the industry is expected to face the problem of replacing old satellites and aviation waste. At present, various countries are committed to researching space waste recycling technology. For example, Japan proposed using magnets to recover space waste and the United States and Britain are actively funding space waste tracking technology. Companies are encouraged to participate in research and development, while the EU is testing the possibility of cleaning up space debris and automatically destroying waste through technologies such as visual navigation systems and debris capture. Methods to effectively recycle satellites back to Earth are a business opportunity for companies in the space industry. 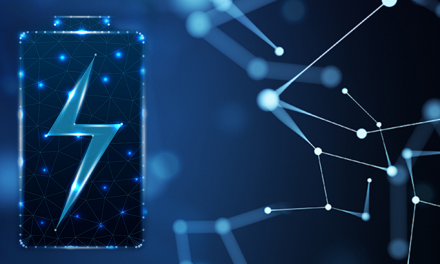 With Brexit looming, what can industry do to prepare?