California, USA—FlytBase, an enterprise drone autonomy platform company, is proud to announce that its partner, afterFIT, a Japanese renewable energy firm, has received approval to fly autonomous drones Beyond Visual Line-of-Sight (BVLOS) at night, a first in Japan. The approval has been granted by the Japanese Ministry of Land, Infrastructure, Transport and Tourism.

afterFIT has been conducting BVLOS inspections at their power plant (1,924KW) in Tochigi Prefecture from their Tokyo headquarters, which is approximately 200 kilometers away, using a modular system that includes DJI drones, low-cost docking station, and FlytNow Auto (a software product of FlytBase). The use of drones has enabled them to reduce the time it takes to inspect a MW from three hours to less than ten minutes.

How are autonomous drones assisting afterFIT?

The following are the primary applications:

afterFIT has also been able to increase flight frequency by using drone docking stations. Solar power plants were previously only inspected  once  a year; however, autonomous drones have allowed for more frequent inspections and early detection of damage.

To know more on how afterFIT is benefitting from autonomous drones, please read the following case study: https://flytnow.com/solar-farm-inspections/

“We are absolutely delighted with afterFIT’s latest BVLOS accomplishment. This would serve as a model for the renewable energy industry, providing much-needed encouragement to conduct BVLOS operations in Japan and around the world” Nitin Gupta, Founder & CEO of FlytBase, stated. “The FlytBase team is excited to continue collaborating with afterFIT as it expands its autonomous drone operations to improve the efficiency, security, and inspection process of its power plants.”

Founded in 2016, FlytBase, Inc., a Silicon Valley company, has built the world’s first Internet of Drones (IoD) platform, providing drone-agnostic software solutions to automate and scale drone operations. FlytBase was a part of Cisco’s accelerator program and was recognised as the Grand Champion at the NTT Data’s Global Innovation Contest. Their flagship product, FlytNow, is a web-based software for automation of routine missions using drone docks. It supports the widest range of docking-stations and drones (DiaB) for various commercial applications.

afterFIT is an electric power company specializing in green electricity generation, transmission, and sale. Since inception, they have been on the mission to accelerate the shift to renewable energy. Although increasing the number of renewable energy power plants is difficult due to the land constraints, afterFIT has been scouring Japan’s landscape using satellite data, automated drones, and AI tech to find the most viable locations for renewable energy production. 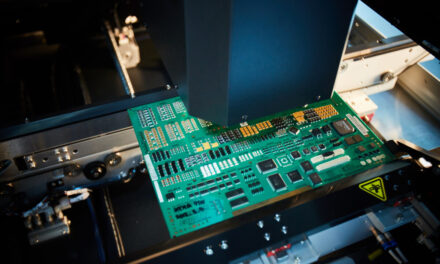