EMS bookings in June rose 61.3 percent year-over-year and 43.8 percent from the previous month.

“Demand for domestic electronics production remain at historic levels. Despite record orders in recent months, monthly shipments have been declining because of supply constraints and parts availability,” said Shawn DuBravac, IPC’s chief economist. “For the first month in several months, shipments rose in June, suggesting some shortages are starting to abate. But the market remains in disequilibrium — EMS orders are roughly 15 percent above 2019 levels but shipments are 13 percent lower compared with the same time period.” 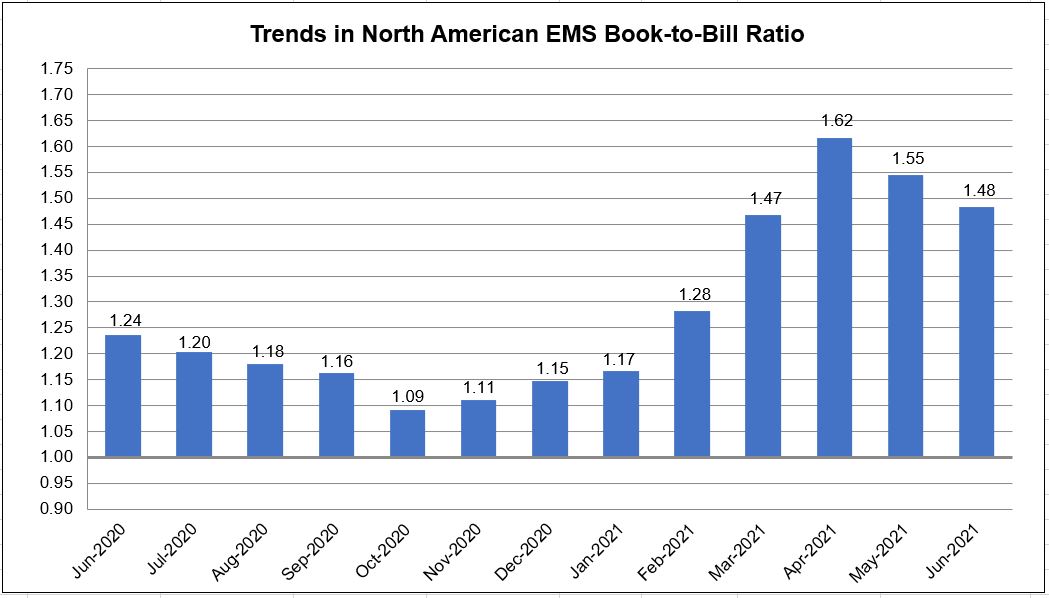