Insights on the EMS Industry in Denmark and the Baltic States

Last year Weiss Engineering published its first study on the European EMS industry. The firm investigated nearly 1,700 EMS companies in Europe and combined their revenues, headcount and other datapoints. Previous reports focused on the EMS industry in D-A-CH; this report was the first study published in English.  Now Weiss is working on an update with the 2017 numbers to calculate growth and gain insights on profitability and the overall economic situation of the EMS industry in Europe. EMSNow was able to sneak in and get some preliminary numbers on Denmark and the Baltic States.

Denmark has only 32 EMS manufacturing companies of which five companies have their own products besides offering contract manufacturing services as well. To make it clear, these are all companies who manufacture printed circuit board assemblies as the heart of their services. Companies which only do electromechanical work, such as building electrical cabinets, cable harness manufacturers and pure electronic design offices are not counted in the in4ma EMS statistics.

Twenty-seven of the 32 EMS companies have revenues of less than ten million Euros annually and they employ a little more than 1,350 people. We have to remember though, that Denmark only has about 5.6 Million people. Their share of the European EMS production is only about 0.7% and they have lost about 20% of their EMS manufacturers over the last ten years.

As Denmark has high labor cost, some of the bigger companies transferred business to low-cost countries, specifically, BB Electronics A/S, who have a factory in China with more than 400 employees. Eltwin A/S transferred nearly all of their production to their factory in Poland and Delfi Electronics ApS has their production in Hong Kong. Thus, these companies were able to manage the constant price pressure in the EMS industry.

In 2017 the Danish EMS industry was able to raise revenues about 10% and even employment went up by 2.7% but net profits reduced by 10% and are now at about 3.8% of revenues. The amount of companies with losses did not change from 2016 and for three companies the question has to be raised how much longer they can stand the losses before they go out of business. The main niches are prototypes and fast turnaround; one company still manufactures ceramic hybrid circuits in thick film technology.

EMS in the Baltic States

A first glance at the EMS industry in the Baltic States for 2017 is available now from in4ma. In Estonia 50% of revenues are posted. They indicate a 12% revenue growth for 2017. Employment grew by 10.8% at the same time. After three years of consecutive reduction, net profit increased by more than 48%. This reversed the trend of the last three years. Net profits as a percentage of revenues was down to 3.6% in 2016, so far it is standing at 4.5% for 2017. All but one company was able to improve their numbers.

In Latvia, the analysis of the in4ma statistics is already finished. The EMS companies in Latvia gained 16.3% in revenues, while for the second year headcount was reduced (minus 4% in 2017), most likely due to improvements in productivity on the shop floor. Net profit on revenues was 5.1% (4.3% in 2016).

In Lithuania, unfortunately, only the numbers of the largest EMS in the country, a subsidiary of a public company from Scandinavia is online, but the count for more than 50% of the EMS production value of Lithuania. They had a very good 28% growth on revenues, while employment grew by 23%. Net profit was at 6.9% of sales.

The Baltic States today account for only 1.5% of European EMS production value with 35 EMS service providers, but they are growing faster than the majority of the other European countries. It will probably take another month or two before all numbers for the Baltics are available. At the EMS Workshop on Monday, September 17 in Munich/Germany, the latest will be published.

This information is part of the annual market analyses of the in4ma EMS statistics for Europe, which is published in the study “EMS Market Analysis Europe,” issued by Weiss Engineering. The study analyses 1,650 EMS companies in Europe, which had a total revenue of 35.26 Billion Euros in 2016 and employed about 184,000 employees in 2016. The study is available from Weiss Engineering in Europe (in4ma@gmx.de) and from Custer consulting Group (custerconsulting.com) in the United States. More information can be found at www.in4ma.de 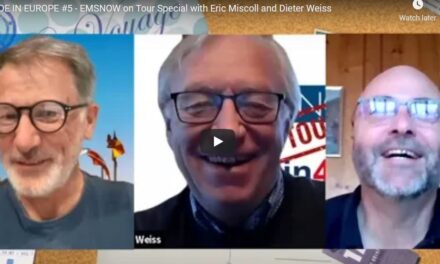 EMSNOW On Tour and MADE IN Europe