Milestone recommits the company to its purpose and core values

Founded in 1998, Inovar began in a converted service station in Hyrum, Utah with 20 employees. The company later expanded to Logan, UT when Blake Kirby joined as president and CEO.

By 2005, Inovar had significant revenue growth and a diverse customer base. The company experienced 900 percent growth over six years. To expand the customer service offering, Inovar opened a facility in Tecate, Mexico in 2016.  Earlier this year, Inovar announced its relocation to a new 120,000 ft.2 facility located on Utah State University’s “Innovation Campus.”

Over the years, Inovar has put great emphasis on being actively engaged in the Logan and Tecate communities. Inovar invests in future innovators through sponsoring engineering and business scholarships at the University, donating efforts to support early education, The Eagle Eyes Foundation, several Veteran programs, and helping feed and support local Tecate school children.

“When we first invested in Inovar, we had a strong vision to evolve from our humble roots to a world-class company,” said Inovar Chief Executive Officer Blake Kirby. “Now here we are, 20 years later, with the capabilities to execute for the most demanding companies in the world.  The vision we had 20 years ago has become a very exciting and fun reality. So many amazing people have contributed along our journey.”

As Inovar reaches two decades of innovation and growth, the company reiterates its company purpose of: “Improving the lives of the customer, their customer and the Inovar family.”

“As an innovation company and best-in-class electronics manufacturer, our customers’ customers are the reason behind our purpose to deliver innovative solutions that protect, connect and save lives,” said Kirby. “Our employees are our key differentiator and we are proud of the work they do.”

While Inovar has succeeded in providing the highest quality and dependable services throughout the last 20 years, above all, the company’s greatest priority is improving the lives of those inside and outside of the Inovar family. 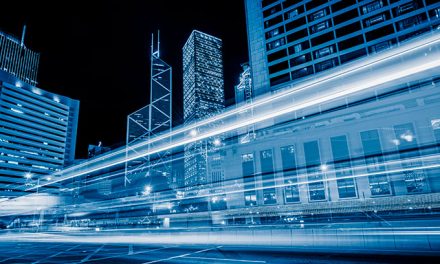 Partnering to Drive Innovation in the Fast-Moving Flash Memory Market

Altus Ends 2019 on a high with Custom Interconnect