India’s PC Market Declined by 11.7% YoY in Q322 After Eight Consecutive Quarters of Growth, According to IDC

INDIA– The India traditional PC market, inclusive of desktops, notebooks, and workstations declined by 11.7% year-over-year (YoY) in Q32022 (Jul-Sep) after eight consecutive quarters of growth despite strong shipments of 3.9 million units, according to new data from the International Data Corporation (IDC) Worldwide Quarterly Personal Computing Device Tracker. All segments declined except the government, which grew by 91.5% YoY as government orders materialized, leading to strong growth for the third consecutive quarter. While the desktop and workstation categories grew by 23.4% and 17.6% YoY respectively, the notebook category declined by 19.5% YoY. The demand for notebooks has softened across segments, forcing vendors to clear inventory.

The consumer segment shipped 2.1 million units with online sales helping in picking up momentum at the end of September. However, that was not sufficient to prevent a 10.9% YoY decline. Similarly, the commercial segment was impacted due to a delay in enterprise orders as well as muted SME sentiment, leading to a YoY decline of 12.5%.

While the demand for premium notebooks (>US$1,000) declined sharply by 28.5% YoY in the commercial segment, premium consumer notebooks grew by 9.8% YoY. The strong performance by Apple and good traction for ASUS’ gaming notebooks were the key drivers.

“With schools and colleges opening, the consumer segment is seeing tapering demand for the past few months as demand for remote learning has come to a standstill. Weakened currency is resulting in rising device costs and pricing pressure for vendors. As the online sales were going on, vendors delayed price increases in Q3, but the discounts weren’t as lucrative as in previous years either. Vendors are expected to increase prices in Q4, which might further dampen sentiment,” said Bharath Shenoy, Senior Market Analyst, IDC India.

Dell Technologies slipped to the third position as it lost momentum in the consumer segment as it decided to stay away from online sales. But it stood at a close second behind HP in the commercial segment with a share of 25.3%, where it continued to have good traction.

Commenting on the outlook, Navkendar Singh, Associate Vice President, Devices Research, IDC India, South Asia & ANZ said, “We expect a slowdown in PC procurement from the IT/ITES sector, which is typically one of the biggest buyers. Similarly, we are witnessing some sluggishness in SME procurement as they are challenged by inflation and a credit crunch. But the government and education segments are seeing some orders which can drive small volumes in the commercial segments in the next two quarters. In the consumer segment, early Diwali helped gain momentum in September, but the next two quarters are expected to be slow. Supply disruptions are no longer an immediate concern, but softening of demand across segments is a major worry.”

CEO confidence in economy plunges, according to Q4 2018 Vistage survey 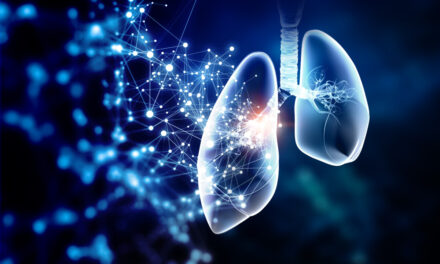