NEW DELHI, Sept 21 (Reuters) – India is expecting to court a total investment of at least $25 billion as a result of its incentive scheme meant to boost local manufacturing of chip and display panels, junior IT minister Rajeev Chandrasekhar told reporters on Wednesday.

His comments came hours after the Indian government raised fiscal support for new semiconductor facilities to cover 50% of project costs, and said it will remove a ceiling for maximum permitted investment to enable incentives for display manufacturing.

The government had previously agreed to cover between 30% and 50% of the cost of setting up new display and chip plants. It said on Wednesday that it will also cover 50% of the capital expenditure required to set up semiconductor packaging facilities.

Chandrasekhar said the government is in conversations with many of the global players to invest in India’s chip sector, without naming any.

“These conversations are happening in the context of multiple incentive packages and programs that have been announced by various countries,” Chandrasekhar said. 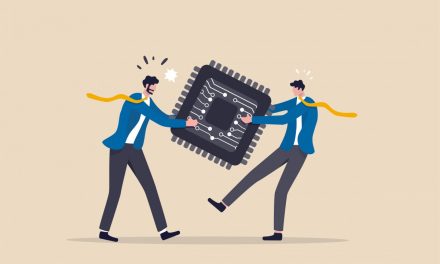 The Supply Chain of Everything