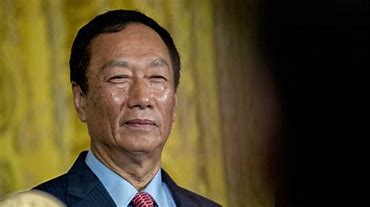 Perhaps the Icon that has done the most to shape the current state of the global EMS industry is Taiwan’s 3rd richest man, Terry Gou, founder of Hon Hai Precision, aka Foxconn. His accomplishments are stunning. Most accounts say his success comes from the sheer force of his personality and will to succeed. He seems to thrive on work, and is said to be principled, uncorrupt and most of all hungry for growth and achievement.

Gou’s parents lived in mainland China until 1949 when they fled to Taiwan during the Chinese Civil War. He was born in Taiwan in 1950 and received a basic education as the family’s firstborn; he then went to work for a shipping company, having studied the shipping industry in trade school. He founded Hon Hai in 1974 with $7500, in a rented shed in Tucheng, a suburb of Taipei. He started with 10 elderly workers making plastic knobs for radios, but the various economic crises of the late 1970s and early 1980s caused him to turn his attention to electronics. A turning point came in 1980 when he received an order from Atari to make the console joystick; but he knew he needed to learn metalworking and move up to higher tech components. His company began making connectors and printed substrates for personal computers around 1983, but he struggled to control quality. When a Japanese connector maker began to have financial problems, Gou hired some of their Taiwanese employees and learned how to do better. He had deep humility and paid attention to every detail of his business and his complete lack of ego when asking for help won people over and there are many stories about his persistence and diligence.

Things began to turn around dramatically after a legendary 11-month journey to the U.S in the late 1980s. There he drove across the U.S. in, legend has it, a rented Cadillac, showing Foxconn connectors to OEMs who were building electronic products. He cold-called countless factories in 32 states, getting interviews by winning over receptionists, and sometimes getting thrown out by security. But he got the orders, and went back to Taiwan, determined to build more factories. He turned his attention at that point to mainland China, building the flagship factory in Shenzhen, where his largest factory still operates.

In 1996, he got an order to build the metal chassis for Compaq computers, which propelled the company into a new model. According to an article in Nikkei Asian Review, Gou saw this as an opportunity and he bought machine tooling systems from Japan. But his lack of knowledge in the field showed. The tooling was more expensive than what Compaq paid and he found himself faced with the prospect of failing to recoup the investment. It was this loss that caused him to expand his services and start selling Compaq ‘bare-bones’ modules with connectors and other low-cost components, but without the expensive microprocessor and hard disk drive. It made sense for Compaq for two reasons. First, it could postpone the purchase of expensive parts until the very last minute. At the time, parts were getting cheaper every day because of the increasing popularity of personal computers and expanding component manufacturing capacity. Second, it eliminated several steps in the assembly process and was an efficient way to reduce costs. This idea spread quickly and within a few years, he was building products for HP, IBM and Apple.

Another technology breakthrough came in the early 2000s when Apple was trying to find a way to build the aluminum alloy chassis it was using in its tower Power Macs. Gou’s company was willing to do the development work to find a solution, winning Apple’s confidence. The rest of that story is pretty well known, with Hon Hai now the main manufacturer of Apple’s iPhones.

Gou never expected his employees to work any harder than he did, but starting in 2010, his factories came under a cloud of international criticism for its treatment of workers. Hon Hai factories were built to take care of every need of its employees, because a tsunami of workers was crashing into the cities from Chinese rural areas. These young people were attracted by higher wages than anyone had ever seen, but the displacement and leaving family and support systems, of course took its toll. Workers lived in dormitories on the Foxconn campuses; they ate their meals in company cafeterias; there were chicken coops to provide eggs for breakfast. It’s not surprising that to someone from the West, all that looked like exploitation. After several tragedies, including a dozen or so worker suicides and a plant fire, Gou and his team started paying much closer attention to Chinese labor laws. With the help of an organization called China Labor Watch, the company became more transparent. This past week, that organization reported that iPhone factories had violated the laws about the use of contract workers that do not enjoy the benefits of full time employees; almost immediately Hon Hai and Apple issued statements that yes, the report was true and they would address the issue for that factory immediately.

Gou recently stepped back from day to day operations at Foxconn. He ran in the primary of the Taiwanese presidential election, but came in second on his party’s ballot. Reports say he is considering a run for president as an independent, which would shake up the country’s politics considerably. He is very popular in both Taiwan and mainland China, where Hon Hai Precision is the largest private employer. It isn’t surprising that such a dynamic personality would  turn to politics to continue to make an impact on the region, and it will be interesting to see where his career goes next. 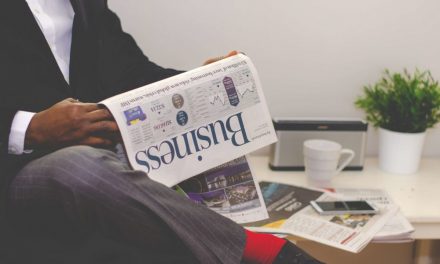 The EMS industry – A consolidation story

Women in Semiconductors To Highlight Workplace Diversity at ASMC 2019 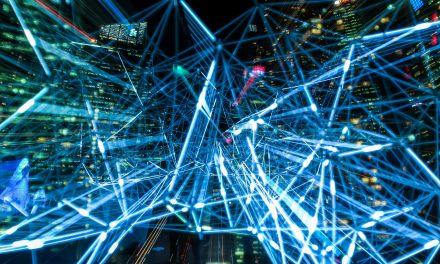